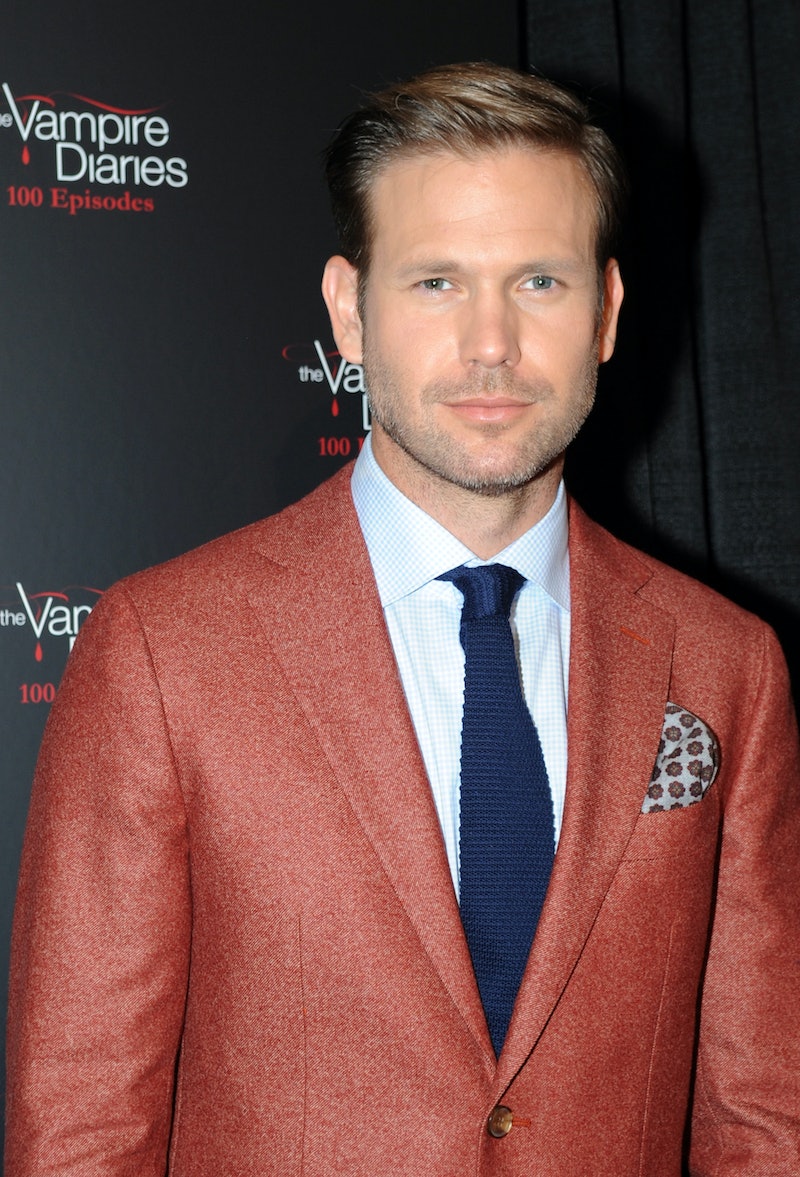 Update: In the aftermath of the Season 5 finale of The Vampire Diaries , the CW has announced that Alaric will in fact be back for Season 6 as a series regular, according to the Hollywood Reporter. If we're on the other side, at least we've got pals like Matt Davis.

Earlier: The supernatural shit is about to hit the fan on The Vampire Diaries and its spin-off series The Originals as The Other Side is basically crumbling because of the Travelers and Bonnie's more or less done everything in her power to hide it from everyone. TVD already brought back a few familiar faces during Matt's foray into supernatural purgatory and it was confirmed on Tuesday's episode of The Originals that Mikael Mikaelson's real-world manifestation was a result of its disintegration. So what does that mean for other dearly departed characters from TVD — for example, Matt Davis' Alaric Saltzman?

Let me just say that Alaric was one of my favorite TVD recurring characters and if there were ever a time for him to return, it'd be right now. Davis' character was the only role model that actually did any good for Elena and Jeremy (before he went crazy, of course) and his bromance with Damon was top-notch and much-needed. So, if it's up for a vote — and considering that Kol Mikaelson and Vicky Donovan made appearances two weeks ago — the next deceased character I want to see make his TVD comeback is high school history teacher and vampire historian Alaric Saltzman.

And it seems pretty likely that Davis will make an appearance in the final three episodes of Season 5. In early April, Julie Plec hinted at some character rebirths in TVD's remaining episodes and Michael Trevino posted a photo of a group of people that included Davis on what we assume was the show's set. So will Alaric return or not? Here are a few reasons why he absolutely should:

He and Elena might be over for good and that's really not going so well. And things are about to get worse when Damon finds out that he killed Enzo's true love. That guy really just needs a friend right now and because Alaric cares as much about Damon as he does about Elena, I'm sure he'll have some great advice on how he can get her back. (Well, we hope.)

These two also could use a little guidance — Jeremy's more or less fraternizing with the enemy and Elena's all over the damn place with her Stefan visions and trying to be Damon's "friend." Having Alaric around did wonders for them and he helped them both through a lot of trivial and life-or-death situations. And right now, they're really just doing the best they can without anyone to ask for advice. Alaric also really just knew how to set Elena on the right track and that always comes in handy.

I feel like in the midst of him ending up crazy and having that immortality ring we forgot that Alaric was actually a vampire-genius. After spending so much time with Isobel, Elena's birth mother who desperately wanted to be a vampire, and studying vampires extensively, he really was a valuable asset to everyone. Especially when it came to dealing with history — which is really where the series' big issue is coming from these days with the travelers. Being a scholar meant that he could see things that the other characters didn't and that would come in handy these days.

Sure, Enzo was an alright drinking buddy, but Damon and Alaric just had something really special. And Enzo is dead now, so Damon's in the market for someone to help him drown his sorrows over breaking it off with Elena yet again. No one should have to drink alone and Damon really can't afford to — his misery always leads to irrational, violent behavior when not kept in check.