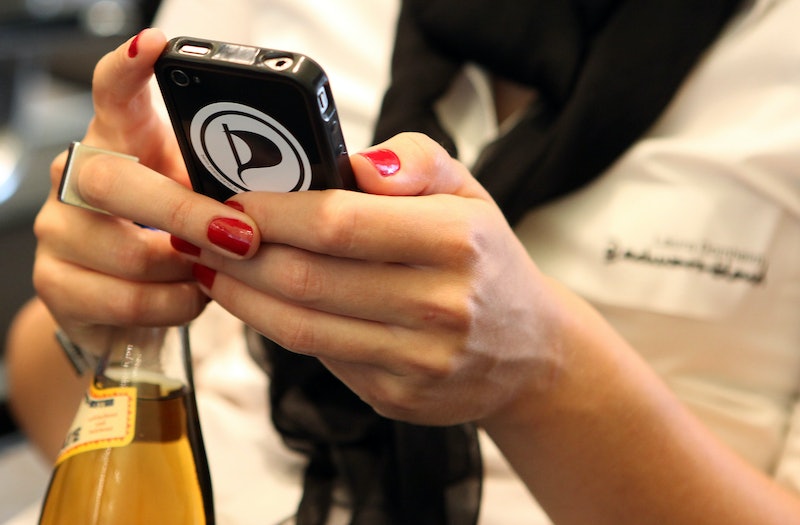 Are you a rich douche bag who's tired of all the "riffraff" on Tinder? Well, you're in luck, because now there's Luxy, a dating app for the rich and snobbish. The app claims to be the perfect way for rich people to find one another, and advertises itself as "Tinder Minus the Poor People." No really. They're actually using those words in that order. Honestly, I could not make this stuff up if I tried.

According to the world's most tone-deaf press release ever written, the app is designed to keep out "low-income dating prospects." (Those low-income dating prospects, ruining everything.) The average income for male users, they boast, is $200,000 a year, and any users "who are unable to keep up financially are immediately removed from the service."

Luxy users, at least according to the description on the website, include "CEOs, entrepreneurs, investors, millionaires, beauty queens, fitness models, Hollywood celebrities, pro athletes, doctors, lawyers, and successful people." And they also ask their users to list their favorite luxury brands, presumably as some sort of basis for compatibility. Because nothing says soul mates like "We both love Gucci!"

"Who doesn’t want to date somebody both attractive and wealthy?" the press release asks "Privately, we all know we prefer to have both of these things."

Now, I know this whole thing sounds like it couldn't possibly be real — on top of everything else, they have a mysterious CEO who will only identify himself as Tim T — but apparently it is completely real. Which sort of makes you wonder what such a super exclusive dating app is doing advertising itself with press releases to us "low-income dating prospects" but that's another matter.

The point is that this app sounds like the least appealing thing I have ever heard of. I mean, an app that allows millionaires to find each other and "successful people" to locate the "beautiful singles" in their area? I can't be the only one who thinks this sounds shallow and sleazy. Plus, I still can't get over this whole idea of using a person's favorite brands as a point of compatibility. Like just...what?

At least it's not a Sugar Daddy site that assumes that women are just looking for rich men to take care of them — perhaps it is progress that successful men are seeking out successful women rather than trophy wives? Plus, the app does serve a very important function: it gets all those annoying, shallow rich people off of Tinder. Hooray!