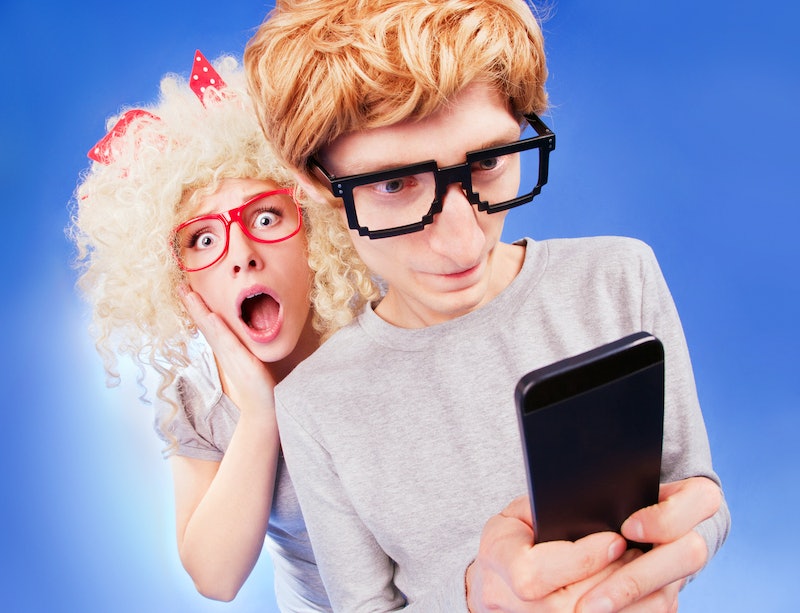 As if you needed anymore reason to blame a failing relationship on social media, research has confirmed further instances of infidelity to light a fire under your weather-worn wariness. According to a new study published by The Science of Us, people frequently utilize Facebook to keep an eye on possible romantic partners, i.e. sexual “back burners.” And that would seem perfectly reasonable for someone who’s single, but the catch here is that even users in relationships admitted to using Facebook for possible future hook-ups. So, you know, yikes.

For the study, a group of college students were tasked with tallying the number of possible love interests or hookups on the social media site that they used most frequently, in most cases Facebook. Students averaged about 350 connections per person for both men and women, however when it came to tallying the possible booty calls, men averaged 8.4 while women averaged a mere 3.8. One wonders how many of those tallied were fantasies rather than actual potential conquests.

Anyway, more disappointing news is that the study also mentioned that people who were romantically involved were reportedly carrying on more romantic or sexual conversations than their single counterparts. So the takeaway here is that either the control group used in the study were all cheaters picked at random, or social media is ruining our relationships by enabling us to pursue future partners under the guise of innocent flirtation.

This seemingly innocuous coquetry is arguably facilitating those back-up husbands women are picking out over in the UK (which truthfully seems like far too much work). And it’s no secret that social media invites all sorts of other unhealthy behavioral habits in relationships, as well. Keeping tabs on a partner’s Twitter and Facebook accounts has been linked to insecurity and jealousy that frequently results in break-ups, and one-third of all divorce records indicate that Facebook was a contributing factor. And then you have to deal with the post-breakup social media toil, which opens a whole new can of emotional worms.

So basically, if you plan on pursuing a healthy relationship with your partner, it’s probably a good idea to give the social media hustle a rest.

More like this
TikTok’s Viral “Rating Game” Is Exposing Everyone’s Icks
By Courtney Young
The 3 Dating Apps Queer Women & Nonbinary Folks Actually Like
By Emma Carey
Are Gemini & Leo Compatible In A Relationship?
By Kristine Fellizar
Melony & Gia Prove That Couples Who Grow Together, Stay Together
By Jessica Morgan
Get Even More From Bustle — Sign Up For The Newsletter