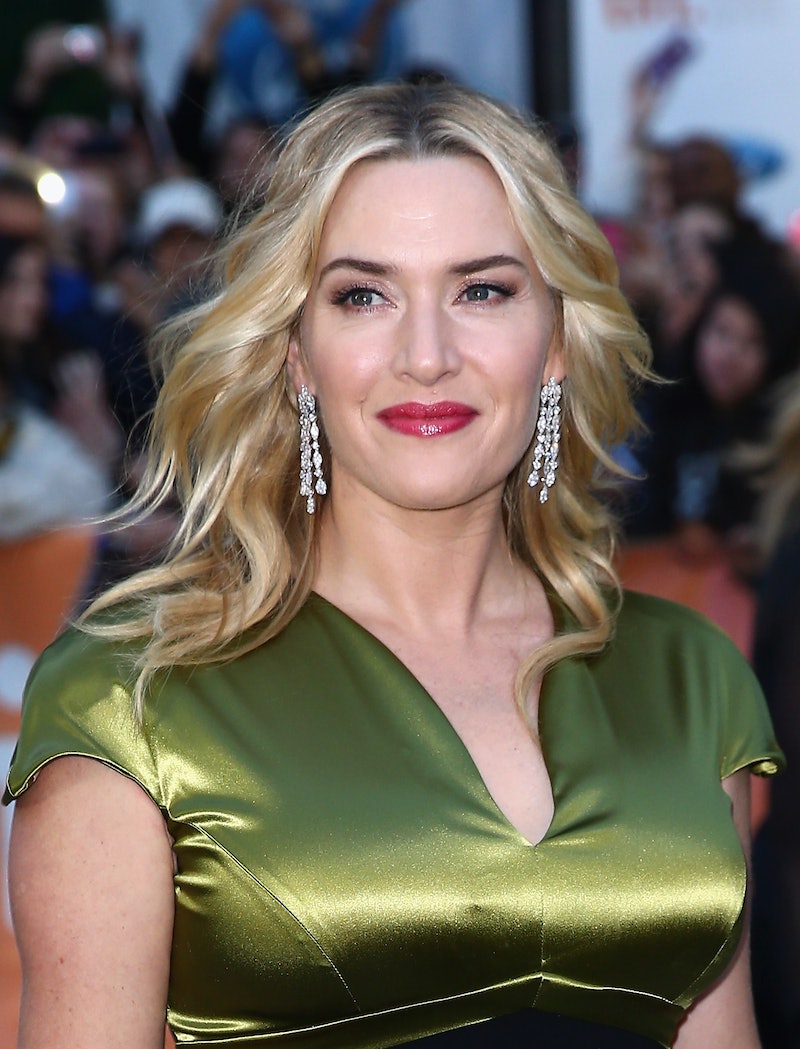 Kate Winslet has confirmed that she and Titanic co-star Leonardo DiCaprio have never had any kind of romantic relationship, which is totally tragic. In an interview with Marie Claire U.K., Winslet said she and DiCaprio are close friends, but never got together on the set of Titanic to re-enact that scene in the car. "There was never any romantic thing," Winslet said.

"In the soap opera of the Kate and Leo story we fell in love at first sight and had a million snogs, but actually we never did. He always saw me as one of the boys. I've never really been a girly-girl." NOOOOOOOO. Winslet and DiCaprio never made out in real life, and my heart is broken forever because they are mega hot together.

That being said, they're real-life, totally platonic friendship sounds adorable. Winslet described how they bonded on the set of Titanic, in a totally non-sexual way: "We needed each other to lean on because we were very young and working all kinds of crazy bloody hours and it was a shock to the system". Since then, the two stayed close friends. DiCaprio reportedly walked Winslet down the aisle at her wedding in 2012, and has had some sweet things to say about her as well: “We laugh at the same things," he said. "She never lets me take myself seriously, even if I wanted to. We have a special magic.”