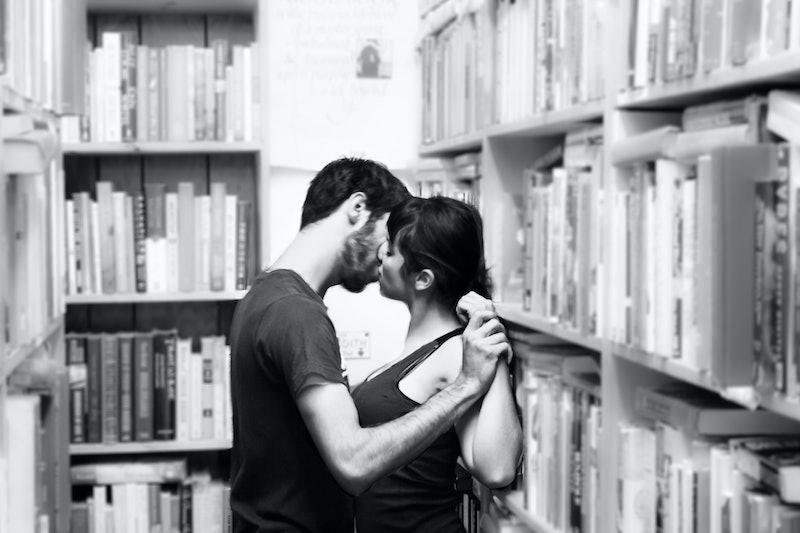 When I first heard about Good2Go — the sexual consent app designed to curb sexual assault on campus that officially shut down Tuesday — I'll admit I thought it must have been the brainchild of yet another young dude who'd ordained himself a one-stop solution to rape. Can you blame me? There were the guys who thought they could fix rape with roofie-detecting nail polish, and the bar that figured screw-on cup caps might do the trick. Good2Go sounded like just another way to place the burden of preventing sexual assault on women and technology — instead of changing rape culture itself.

But when I found out that Good2Go's Founder, Lee Ann Allman, is a middle-aged woman with college-aged kids, I was intrigued and interested to hear what motivated her to create the app.

“We wanted to put something out there that would be positive — we wanted to make a difference and help kids communicate about sexual assault, unwanted encounters and regretted behaviors,” Allman tells Bustle. (When Allman says "kids," she means the app’s target users, young college students.)

But now, the app is apparently no more. As Slate's Amanda Hess reports,

...less than two weeks after launch, Apple has pulled the app from its store, citing a portion of its guidelines for developers that prohibits apps that “present excessively objectionable or crude content.” Good2Go creator Lee Ann Allman told me that while Apple didn’t provide many details about its decision to remove the app, "they did say it was not deemed to be crude"

... In light of Apple’s decision, Allman decided to remove the app from Google’s app store and shut down its website. She hopes to relaunch it in the spring as a purely educational tool—no registration screens, no data captured by the app—that schools can use to have conversations with students about affirmative consent.

The app was supposed to work like this: Two potential partners fire up Good2Go on their respective phones, trade, and answer a short questionnaire about their level of willingness to engage in sexual activity. First, a partner chooses between "No Thanks," "Yes, but…we need to talk" and "I’m Good2Go." Next, they assess their drunkenness: "Sober," "Mildly Intoxicated," "Intoxicated but Good2Go," or "Pretty Wasted."

Depending on the answers, screens pop up saying things like, "No Means No! Only Yes means Yes, BUT can be changed to NO at anytime!" Finally, users input passwords and are asked to confirm that they’re over 18. (In my opinion, as long as both users are under 18, it seems contradictory for an app centered around sexual consent to exclude an age group that needs these lessons most.)

Predictably, the app had been widely criticized. Writers like Amanda Hess pointed out that would-be rapists could easily see the app as a contract — and that if a woman changes her mind after indicating that she’s "Good2Go," the logs of her consent could be subpoenaed in her rapist’s legal defense:

That record may help the falsely accused, but it's unlikely to aid a real victim. Good2Go may remind its users that consent can be revoked at any time, but there are still judges and juries that will take evidence that a person said “yes” to sex at one point, and conclude that they were asking for whatever happened later that night (or the next). Compared to that scenario, talking about sex doesn’t seem so scary.

Another obvious flaw, as the New Republic noted, was that the app’s users would have been a self-selecting pool of people whose interest in consent led them to download the app in the first place.

Personally, I suspect Good2Go would have done very little to prevent assault. But when it comes to using technology as a tool for digitally-native young women to better communicate their desires, needs, and boundaries, I do think Good2Go may just have been on to something.

After all, sexual assault is the most extreme manifestation of a wider culture that pressures girls to dismiss their own feelings and submit. Boys are conditioned to believe that sex is a commodity to be skillfully finagled out of someone.

Beyond facilitating nonconsensual assault, this disparity in socialization can disadvantage girls even in wanted encounters. Young women are expected to be pleasant, servile, and sexually appealing, and by age 18, they don’t usually have the cultural resources to challenge these messages. When you’re tits-deep in a patriarchal quagmire, it can feel a lot better to do what a cute boy wants than to turn him down and risk being rejected thereafter. As a result, many young women agree to participate in certain activities for the benefit of their partner, even if they don't really want to.

In this context, overhauling the gender imbalance in sexual communication should be about more than consent alone. Teaching kids about consent is incredibly important in preventing rape, but it won’t prevent the years of socialization that teach girls that their bodies are not their own.

When a young woman begins discussing her needs with a partner, it can be intimidating. She’s up against an entire culture’s worth of messaging that serves to undermine every word she says. Digital communication could help young women push back against this lopsided power dynamic (remember how much bolder we felt with our crushes over AIM than in front of our lockers?).

If a platform like Good2Go had presented a variety of sexual options — ranging from types of stimulation, to parts of the body that are OK to touch (rather than just "sex" or "no sex"), alongside cues of how to discuss them — it might have helped young people have the discussions that are right for them. Digital platforms could result in more honest and thoughtful dialogues if they aren't aimed solely at consent.

It's true that as several critics pointed out, these dialogues are best had face-to-face. But to completely reject the idea of using technology dismisses the safety that a digital buffer zone can bring. With an app, women can express their desires with less perceived risk. No, apps won't prevent sexual assault — but they might help young women find their voices in a culture that normalizes it.