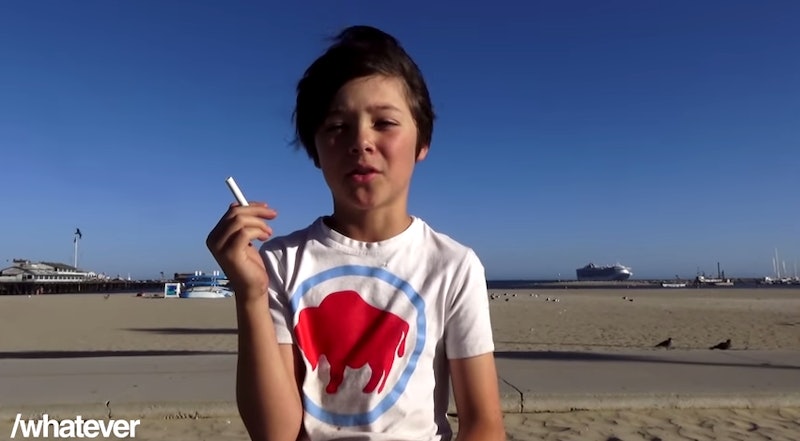 The YouTube account "whatever," known to produce some super awkward pranks and social experiments, has recently released a video called "Kid Smoking Experiment" in which a very, very young boy goes around asking strangers for "a light" for his cigarette while someone tapes the responses. The channel has produced some other viral videos like "Asking Guys For Sex (Social Experiment)" where an attractive girl goes around and outright asks men if they want to have sex with her and "Girl Picking Up Girls" in which the same attractive girl goes around asking girls out on non-platonic dates. The responses are usually fraught with awkwardness and nervous laughter, and the "Kid Smoking Experiment" is definitely no different.

The responses offered by these fully grown adult people when the boy asks for a light range from "You smoke?" to "You shouldn't be smoking!" to "Leave me alone you are HARASSING me" (which was the worst one because, like, get over it, dude, the kid is clearly only 9). The boy always responds with the obvious and universal question: "Why do you smoke?" which everyone tries to answer in some smart-ass way, but totally fails.