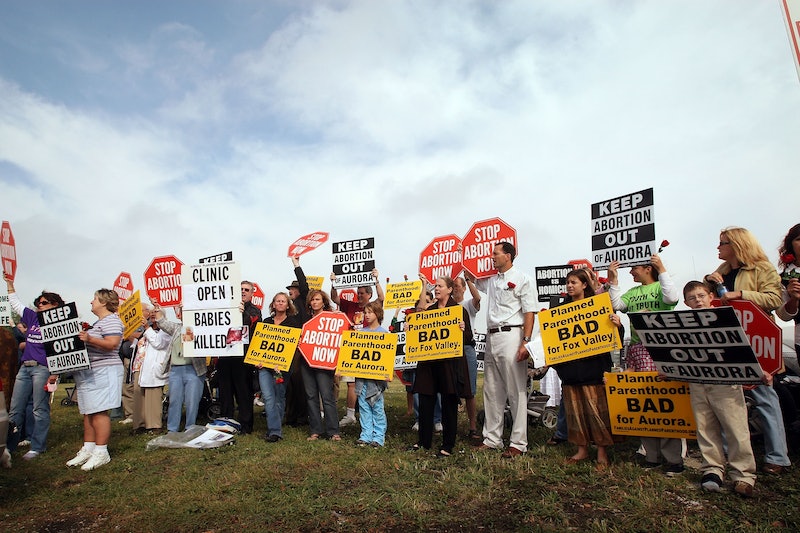 Texas isn’t the only state taking harsh measures against women’s rights (though that might be hard to believe given its latest anti-abortion laws). This past spring, Alabama passed a law that required any minor wishing to bypass parental consent for an abortion to go on trial and defend herself against a district attorney.

As if that’s not severe enough, during the trial, the state can appoint a lawyer for the fetus and call witnesses — like the minor’s ex-boyfriends, high school math teacher, or neighbors, for example — to testify to the minor’s character.

Though the American Civil Liberties Union (ACLU) filed a lawsuit against Alabama this week to attempt to overturn the invasive law, the law remains for now, and is impeding young women’s rights and access to safe abortions throughout the state. ACLU Alabama executive director Susan Watson questioned the absurd law’s validity in the U.S. judicial system, telling AL.com, “Why should [young women] be put on trial and treated like a criminal for a constitutionally protected procedure?”

The idea of needing parental consent to have an abortion isn’t even the issue here. Historically, states have long been allowed to require that minors obtain parental consent before having abortion. Also historically, however, the law has mandated that states provide an alternate, judicial bypass process for minors for whom parental consent is impossible — such as in cases of domestic abuse or foster care, for example.

What this new Alabama law has done, essentially, is circumvent the judicial bypass option, as inviting a minor’s parents to come to court to testify as witnesses in her abortion trial defeats the whole purpose of bypassing your parents’ consent in the first place. While it might not be an anti-abortion law, per say, it sure is making it difficult for pregnant young women to make decisions about their bodies and their futures in a way that’s scarily similar to the effects of the new Texas laws.

Besides being potentially unconstitutional, this new Alabama law is dangerous. Jennifer Dalven, the director of ACLU’s Reproductive Freedom Project, said in a statement that setting up an additional barrier for young women to get safe abortions won’t lead to less pregnancies and closer families, as Alabama might hope. Rather, such barriers “puts [a young woman] at risk, and might make her more likely to seek an illegal, unsafe abortion.”

It’s dangerous. It’s humiliating. And there’s surely nothing fair or effective about forcing a teenage girl to go to court to defend her maturity and reproductive rights against the state in front of her family, classmates, and school officials, any of whom might have been involved in the pregnancy or decision to have an abortion in some way. You can’t get much more invasive than that.