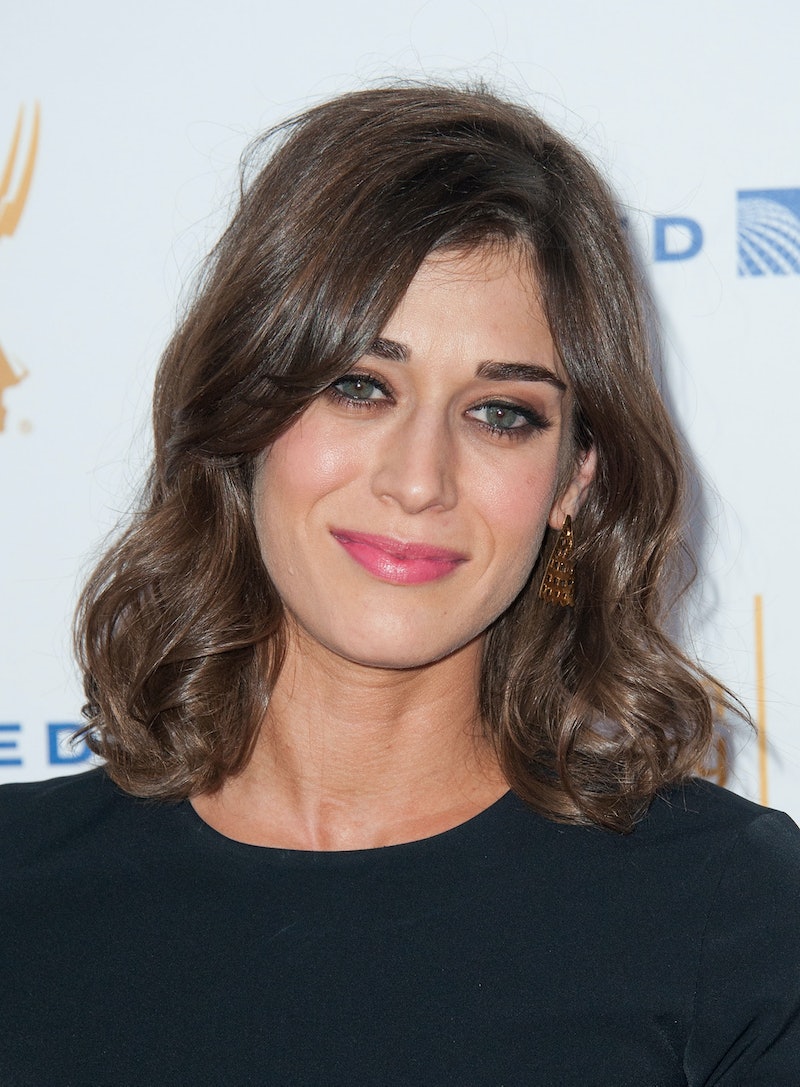 Lizzy Caplan — Janis Ian, as many of you likely know her — is back with a vengeance these days for her critically acclaimed turn as Virginia Johnson on Showtime's Masters of Sex, for which she was nominated for an Emmy. The 32-year-old actress is the cover girl of Elle Canada's November issue, sporting her typical don't eff with me face. She covers a lot of topics in the interview, from the gender dynamics of Masters of Sex to motherhood, but Lizzy Caplan's thoughts on getting older are the best part. She says, "For the majority of my life, I have been a very, very anxious person. Now I'm just not willing to be anxious about half the s--t I used to be."

That gives me hope, because I harbor anxiety like nobody's business, especially about getting older. I'm constantly pulled between the intense feelings that I am impossibly young and that I am getting older at breakneck speed and running out of time, and I know this is not a feeling exclusive to me. But Caplan is reassuring when says in Elle, "It felt like if my 20s were — you know those Reebok Pumps? If my 20s were pumping it, then my 30s were like the release button. It was amazing. I'm 32 now, and everything they tell you is true: You just kind of chill out; you become more yourself." Dear god, I can't wait to chill out.

I think Caplan hits on an important point here — no matter how much my older female friends tell me that getting older only means getting better and gaining more clarity about who you are, I still find myself terrified of it. In part because I feel like I should be living my youth to the fullest while also establishing myself career-wise while also falling in love while also just trying to live and breathe. But as Bustle's own Gabrielle Moss says, echoing Caplan's sentiment, "Basically, you finally realize that you rule." And if getting older means gaining that kind of self-confidence, than goddamn, sign me right up.

Apart from being totally chill and making getting older sound awesome, Caplan also talks about the possibility of having children: "I really want kids, and I want to be fully involved in their lives, but I don't want to sacrifice my own goals to be a mother." It's the kind of perspective I'd expect from Caplan, who began as the spitfire, hilarious Janis Ian (the greatest person you will ever meet) and has matured throughout her career, but still has that same spark. And if getting older means I can harness any of the confidence Lizzy Caplan has, I'll take it.