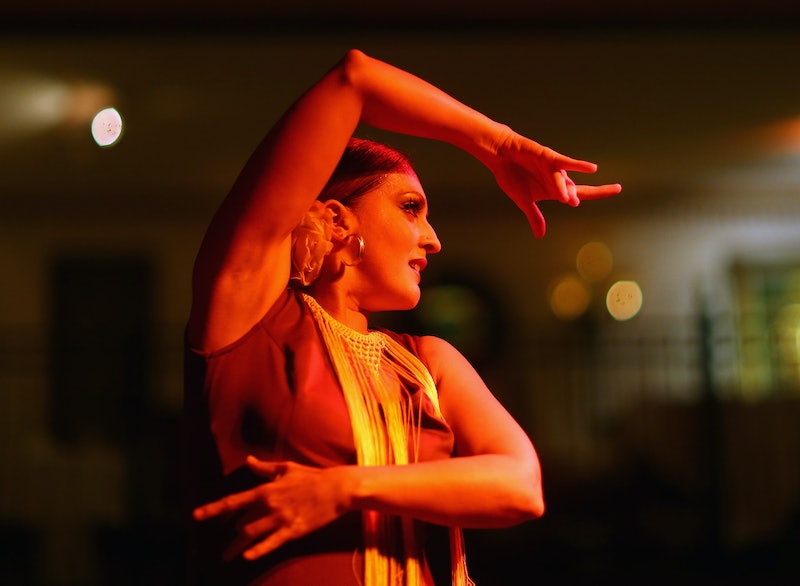 It turns out there are even more reasons to keep up with your Spanish lessons after completing your high school requirements than you originally thought. According to science, being bilingual improves a brain's executive functions. In other words, it makes you smarter.

Being bilingual has long been linked with lots of positive traits, like increased creativity, but Andrea Stocco and Chantel Prat, researchers at the University of Washington, wondered if the advantages might go even deeper than that. The two screened 17 bilingual and 14 monolingual individuals using a series of arithmetic problems. Participants were given multiple tests, the first of which which required participants to perform the same mathematical operations again and again with different numbers, and the second of which introduced entirely different and unique "novel" math problems. They also had participants solve math problems inside an fMRI brain scanner.

In the end, they found that although the bilingual and monolingual were statistically no different in terms of accuracy when it came to solving the problems, the bilingual participants were able to solve the novel problems faster. What's more, the brain scan found that in bilinguals, the basal ganglia, a region of the brain that has recently been linked to prioritizing information, responded more to the novel problems than the familiar ones. Monolingual brains did not show this same type of response.

The researchers say this suggests that learning two languages trains the basal ganglia by making it switch effectively between different the vocabulary and grammar of different languages, and that this training also benefits other, nonverbal activities.

In other words, learning another language has long-term benefits beyond just being able to communicate with more people. It also improves your brain in general.

So if you've been looking for a reason to take a few more French classes or to take up those Japanese lessons you tried out on a lark again, there's no time like the present. Because it turns out it won't just help you impress people at parties or help you talk to tourists; it'll actually make you smarter. Who knew? And if you're one of the 20 percent of Americans who already speaks two languages, congratulations! You've definitely got an advantage over the rest of us.