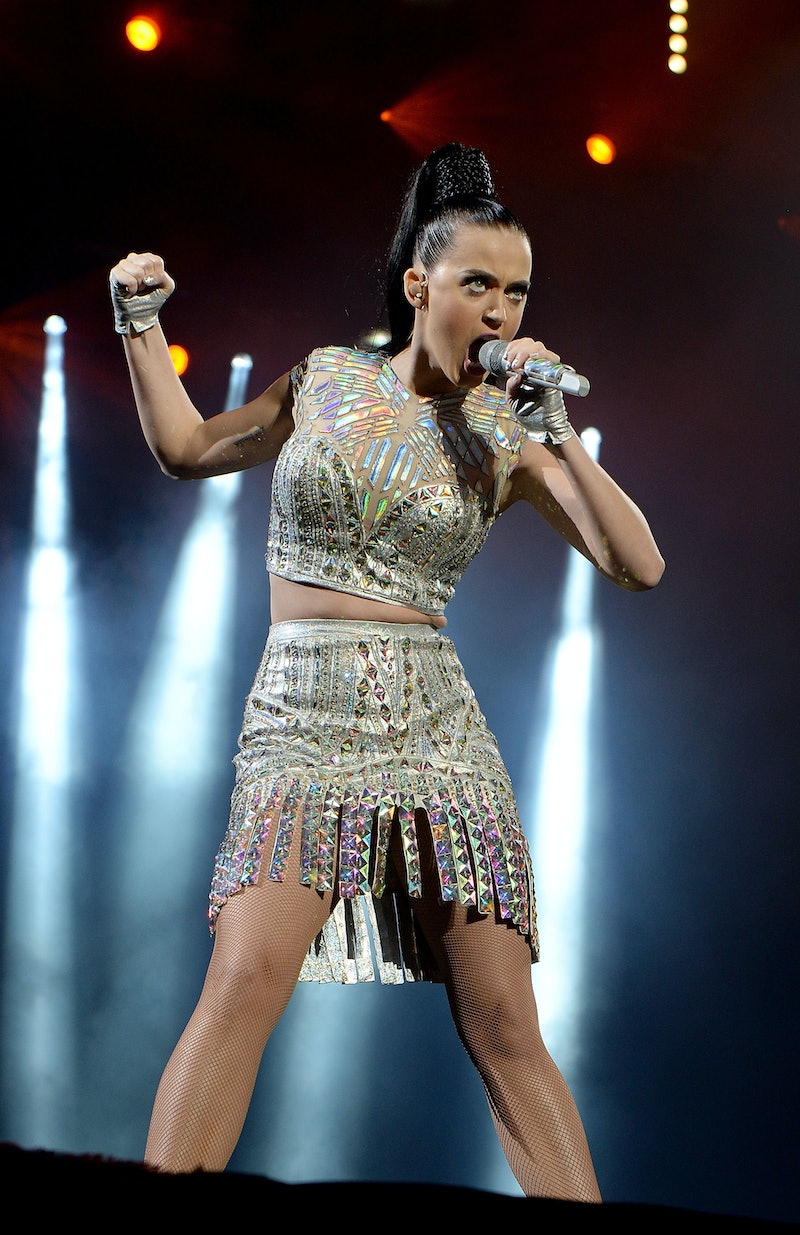 Oh boy. As far as Katy Perry appearances go, this might just be her craziest. Earlier today, Katy Perry was the guest on ESPN's College GameDay, and served as the show's celebrity game picker for Saturday's bout between Alabama and Ole Miss. Although she didn't arrange an impromptu pizza party, the "Dark Horse" singer's time on the show was still equally gratifying — mostly due to the insane antics she pulled on air.If the anchors even thought for a second that the singer's over-the-top personality would be stifled by some sports talk, Perry wasted no time proving them wrong. Wearing a fittingly fuzzy pink and black jersey with her hair pinned up into two buns, the wide-eyed, out-of-control pop princess completely dominated the show by soliciting a quarterback, hurling a corn dog at a camera, saying hilariously inappropriate things, and totally abusing a mascot head.While this certainly isn't the most controversial headline for the singer, it's hilarious nonetheless — and it's amazingly clear that the other anchors had absolutely no clue what they were getting into. A sports show is the last place I expected to see Perry's colorful, cartoonish person, but at least it looks like she had fun with the experience.Here's footage of Perry pulling off the most unexpected corn dog toss in history:

For a complete look at the hilarity, check out Perry's College GameDay appearance below: