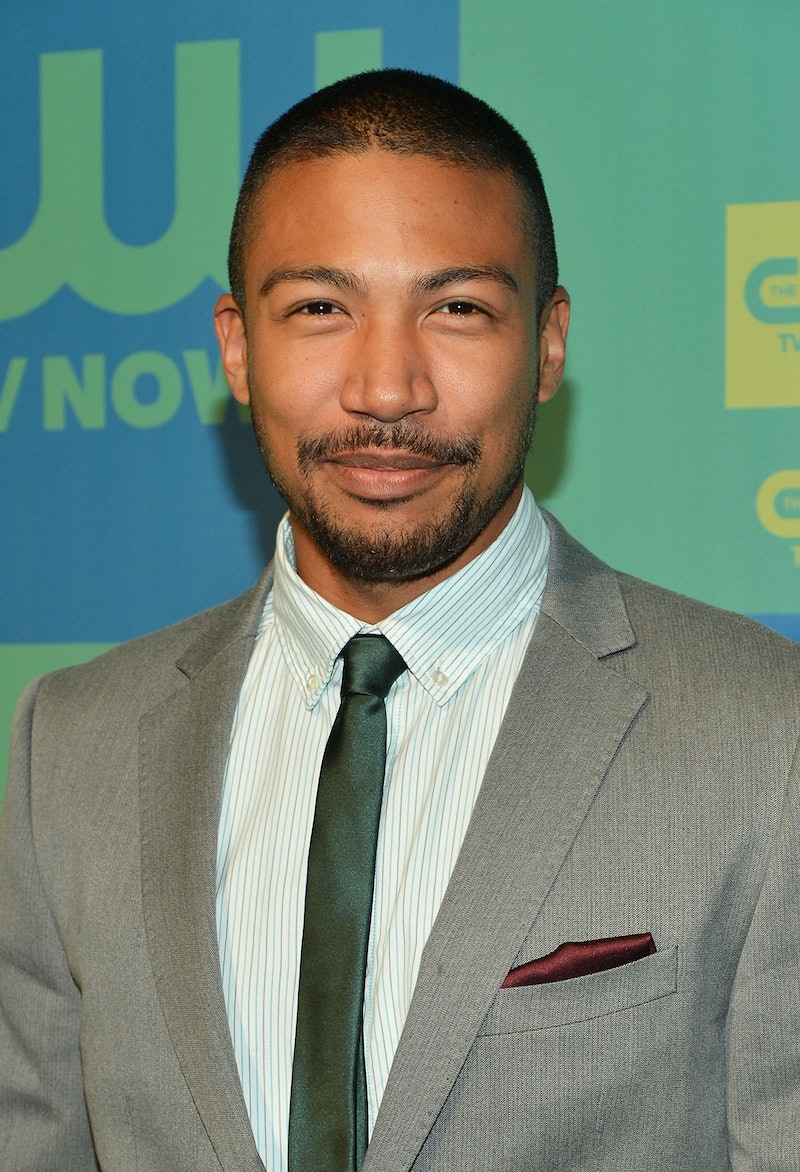 One thing that distinguishes The Originals from any old spinoff is its villains: Namely Klaus Mikaelson (Joseph Morgan) and Marcel Gerard (Charles Michael Davis), two of the first season's big baddies (though in Klaus' case, the proper term might be anti-hero). When the second season premiere takes place on October 6, they're the folks that will arrest every fan's attention. And they were partially so compelling because the actors behind them were so strong. We know Joseph Morgan from The Vampire Diaries, but what is Marcel actor Charles Michael Davis from?The actor and Ohio native, who got his start at the agency Actors, Models, and Talent for Christ, has been around TV a lot. His credits go all the way back to 2005, when he scored spots on Noah's Arc and That's So Raven, and he's been acting ever since.Davis' full schedule puts him at odds with his Originals villain, who is mostly recuperating. "Marcel's starting from scratch," he says in a video preview for the second season of The Originals."He's just hanging out there, plotting his return back to the throne."Marcel may be hanging out, but Davis is far from biding his time. He's all over the television. Here are some places you've probably seen him before — and where you might see him in the future.

It's possible that even non-Originals fans have seen Davis on TV, since he's landed several recurring roles on different shows.

He's Jumping to the Big Screen

Davis was cast in Another Stateside about soldiers with PTSD. His co-stars are Zane Holtz from the From Dusk Till Dawn TV series and Health McComb from Ray Donovan. Unfortunately, there's no release date yet. It looks like a small movie that'll have to play some festivals first.

He's Got Other Talents, Too

Davis is also a model, if you couldn't tell from that killer smile. And he doesn't just grin for photos; he takes them, too. His website is full of lifestyle and portrait photography.

It's obvious that Davis is someone who works out. Though he doesn't seem as basic as like your normal Lululemon-clad yoga enthusiast, but he's a fan. "I like a lot of things about yoga," he told Los Angeles Magazine. He adds:

Its an intro to good music; with each good teacher you study with you learn a lot about them personally; it’s not just about specific technique or poses. I also like Shavasana—not too many exercise routines let you nap at the end of them. You don’t see nap pods in CrossFit gyms. Well, I took a nap once at the end of a Crossfit class, but only because I couldn’t get up.

Marcel is great with all his dastardly schemes, but Davis sounds like a keeper.