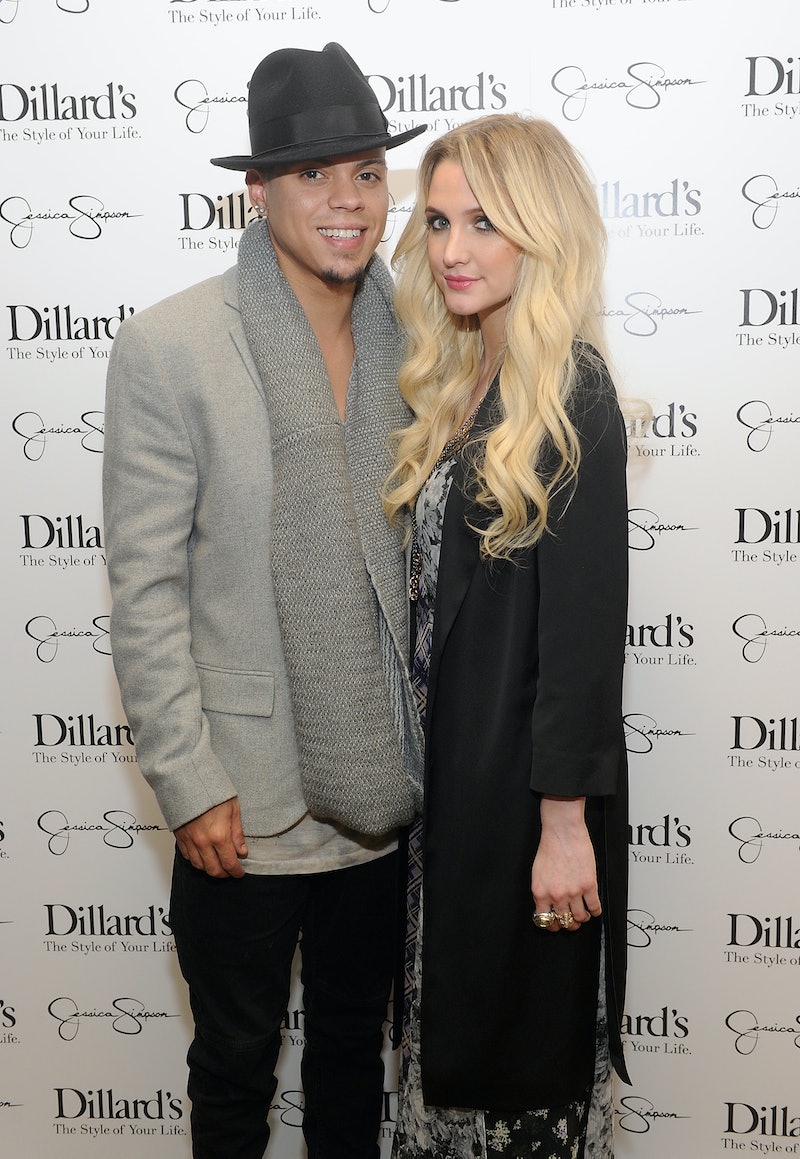 There's one celebrity who's skipping over all the glorious basicness of autumn. Ashlee Simpson's birthday party theme was Christmas, skipping months ahead of its time and making me way preemptively anxious that I haven't bought presents for any of my loved ones yet. Dammit, Simpson.

Anyone who's lived in America during the slide into the colder months has witnessed the strange mishmash of confused seasonal capitalism that takes place between September and January: The Halloween candy hanging with the Christmas wreaths, Thanksgiving table setting off to the side determined not to be forgotten. Now I'm going to blame that mishmash on Ashlee Simpson — she's clearly the one actually buying Christmas decorations in October, at least if this picture from her birthday celebrations are any indication.

Simpson turned 30 on Friday, Oct 3, and decided to roll around with giant light-up snow men and a lot of fake snow. Her husband Evan Ross posted a pic from the festivities on instagram, along with the caption:

Last night made it @ashleesimpsonofficial favorite holiday Christmas in California. It was a snowy one. Happy birthday baby.

Ross can be seen in the picture itself (below) obscured by Simpson's hair.

As someone who also lives in LA, I can attest to what the actual weather was that day: It was hot as balls, with the temperature hitting the 90s. Where was that fake snow for the rest of us, Ashlee???