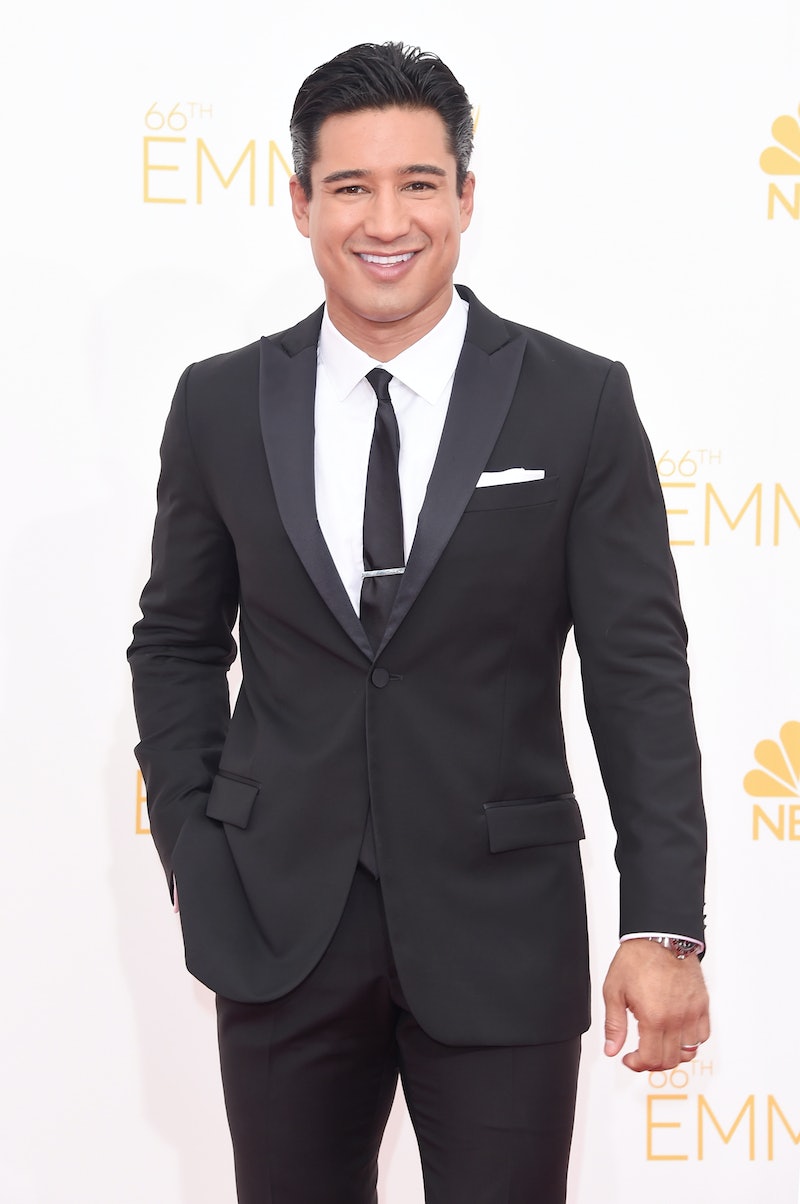 Since images from The Unauthorized Saved By the Bell Story are permanently seared into the minds of viewers who couldn't resist tuning into the premiere of the awful Lifetime project, here's a potential remedy for you: Mario Lopez's memoir Just Between Us. The book contains enough shocking details to virtually eliminate most of the soiled mental remnants of the Dustin Diamond-produced film that was basically hated by everyone from the original SBTB cast. No really.

In Just Between Us, the Extra host clearly took his memoir-writing duties seriously by going all in and revealing some rather brow-raising personal experiences. For starters, Lopez addressed his two-week marriage to actress Ali Landry in 2004 that ended in annulment after he cheated. He describes his infidelity by writing, "I got inebriated and a little too friendly with a young lady," and claims sex was his "drug of choice." Lopez also sets the record straight on the state of his relationship with Landry before the couple exchanged vows. "When it was time to return home, lightning hit me with the truth: I wasn’t in love. But I walked down the aisle. Ali was hurt and angry, rightfully so," he wrote.

But that wasn't the most scandalous situation to take place in the life of the guy everyone came to know as A.C. Slater, the buff, curly-haired sidekick of Zack Morris. The father of two also revealed that he lost his virginity at age 12, one day before his 13th birthday. But fatherhood has given him a new outlook on decisions he made in his youth. "Now that I'm a dad, I look back and I think, "Oh my God!" Lopez said.

One of the most crucial experiences Lopez recalls is how he narrowly avoided becoming a teenage father. Although Lopez prepared himself to handle the situation responsibly, he says the child's mother chose to terminate the pregnancy. Unlike the farcical, behind-the-scenes book written by fellow SBTB cast member Dustin Diamond, Lopez's life stories don't appear to be of an outlandish nature, written just for the sake of grabbing attention. In contrast, Just Between Us shows his growth and also drives home the fact that no matter how much you're exposed to an individual on TV, it only reveals a tiny portion of the big picture.