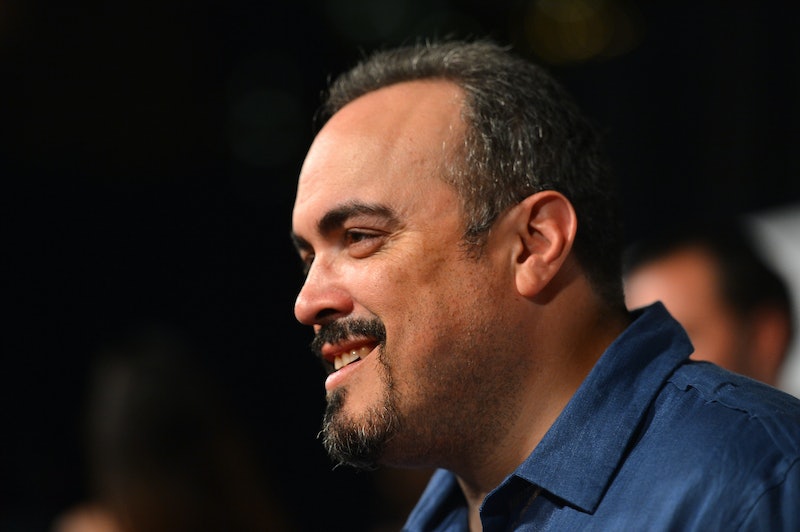 So far in its first season, Gotham has committed to shading in the organized crime families of the city before taking on any of the truly costumed or superpowered villains. And in addition to the Falcones, Fish Mooney, and Oswald Cobblepot, David Zayas, who played on the opposite side of the law in Dexter, will be joining the cast as Sal Maroni for Gotham in some upcoming episodes.

Salvatore Maroni is second only to the Falcones as a go-to Batman universe mobster. In some story lines, he takes over the Falcone crime family and becomes the chief mob boss. This could pose him as a rival to Fish Mooney, since that's her goal, or they could become temporary Season 1 allies, teaming up to take down Carmine Falcone. Alternatively, Mooney could end up trapped with the fading Falcone while Maroni builds his own competing mob family with the cast-off Cobblepot. Either way, Jim Gordon and the rest of the cops will be struggling to keep track of Gotham's organized crime.

The only incongruity with classic Batman lore is that Zayas isn't exactly a young, fresh face — compared to the 12-year-old Batman, anyway — and that Maroni's most famous, memorable arc is when he turns crooked district attorney Harvey Dent into the supervillain Two-Face. And, coincidentally, Gotham just cast their own Harvey Dent, a youngish actor from Masters of Sex, Nicolas D'Agosto.

In the famous graphic novel Batman: The Long Halloween , written by Jeph Loeb, which is the largely accepted best retelling of the Two-Faced origins, Maroni throws acid into Dent's face while being examined on the stand because he believes Harvey is sending out a serial killer to murder Gotham mobsters. Dent is permanently disfigured and descends into Two-Face's chance-driven madness, while Maroni is shot and sent to jail, where he realizes he was mistaken about Dent's participation and is killed by the murderer while behind bars. It's a gruesome end, and one that has huge consequences for Gotham City.

Maroni also played a critical but easily glossed over role in Christopher Nolan's The Dark Knight. He was one of the many mob bosses who conspire with the Joker and the offshore banker to steal money. It's the scheme that frames the movie and ties Maroni to Dent — he's the first person that Harvey hunts down and kills. Unless they're planning on making Dent an unambiguous do-gooder like Jim Gordon as he works his way up from rookie lawyer to District Attorney, the Dent/Maroni drama will be playing out a good 10 years before Batman even gets onto the scene. So that's Salvatore Maroni — he might seem like a minor character, but he will help set a lot of future Gotham and Batman events into motion.