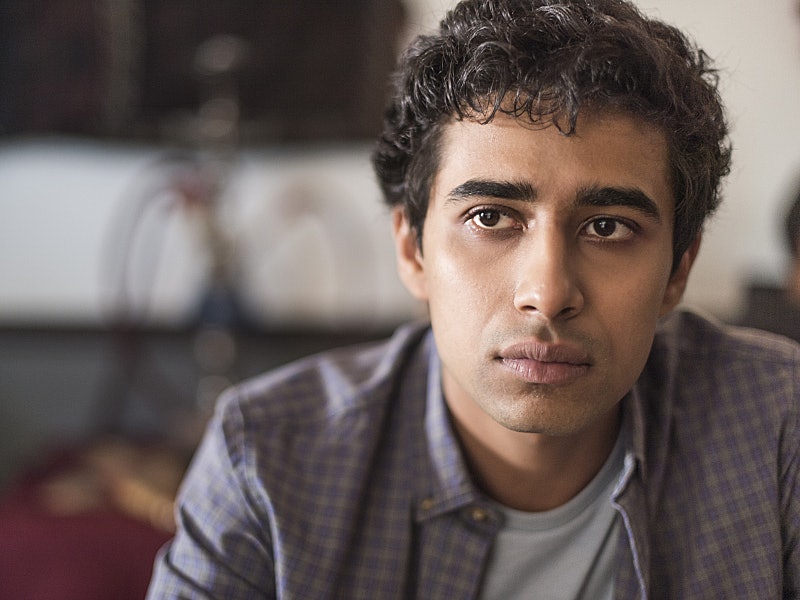 We don't know much about him at all, do we? That said, Aayan Ibrahim is one of Homeland' s most intriguing new characters. Portrayed by Suraj Sharma (of Life of Pi fame), he's a doe-eyed medical student who seems like his main objective is to stay out of the spotlight — and unluckily for him, it's just not gonna happen.

A chain of events starting from his survival of the CIA's bombing of his family's wedding, to attending said wedding, to going viral from a video clip his roommate uploaded from his phone (against his will, I might add), and ending with accidentally making a somewhat incendiary statement on the national news, makes the chances of his continued anonymity slim to none. Add that to the fact that Carrie Mathison is sure to be fast on his trail as she begins the search for Sandy Bachman's elusive informant. It looks like poor Aayan is here to stay (if he isn't killed by unmarked, automatic weapon-toting individuals first, that is).

I, for one, am glad: because if he's about to become Dana Brody 2.0, I'm all about him. Plus, what was with that secret stash of medical supplies? Is he planning to go undercover as a doctor in the tribal regions (he's a driven medical student, after all)? Are they his insurance for fleeing the country? Or are they a clue that he's not as innocent as he seems? We need answers, Homeland!