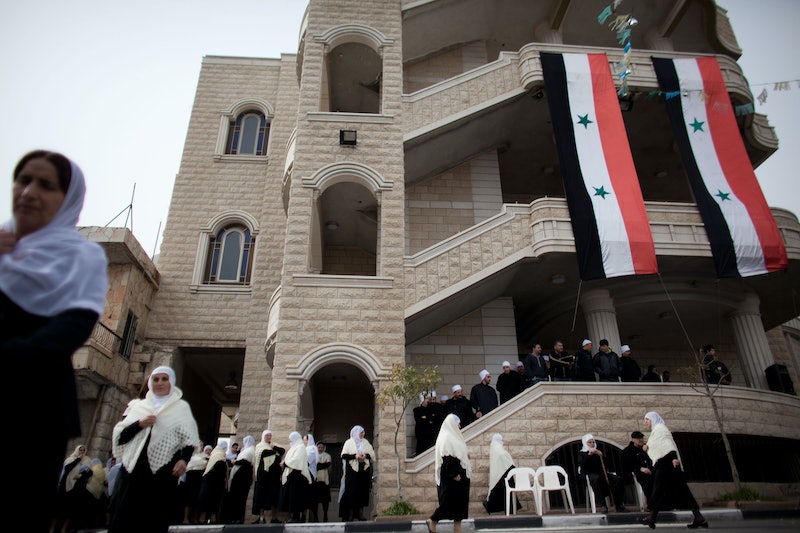 As the U.S. moves closer to military action in Syria, more evidence is surfacing that supports the belief that the Syrian government used chemical warfare on its people.

On Wednesday, a UN envoy said that the attack near Damascus involved a chemical "substance" that could have killed anywhere between 300 and 1,000 people. The news came as UN investigators were visiting the site to collect information — though it's unclear whether the information came from investigators or another source. The official, Lakhdar Brahimi, also reiterated the importance that any attack on Syria must be approved by the UN Security Council. "This confirms how dangerous the situation in Syria is and how important for the Syrians and the international community to really develop the political will to address this issue seriously, and look for a solution for it," he said.

While the world is waiting to see whether or not the UN will give the go ahead to attack Syria — and whether or not the U.S. will wait for the green light — Foreign Policy is reporting that the United States intercepted calls in Syria that prove the use of a chemical weapons attack.

According to Foreign Policy, U.S. intelligence picked up phone calls between the Syrian Ministry of Defense and the leader of the chemical weapons unit directly after last week's alleged attack. The calls reportedly confirm that the attack was the work of the Bashar al-Assad regime.

Other alleged evidence of the attack comes in the form of videos of the victims who apparently exhibited symptoms commonly associated with a chemical attack, like twitching, pupil constriction, difficulty breathing and disorientation. According to Foreign Policy, intelligence officials also point to images of the missiles that were supposedly used in the attack. The fact that the missiles remain largely in tact lends credibility to the idea that they were not carrying normal warheads, which would have largely destroyed the missiles.

On Wednesday, U.S. officials were still hashing out the details of a strike against Syria, which could happen as soon as Thursday. On Tuesday, amidst mounting evidence confirming the use of chemical weapons Vice President Joe Biden became the highest ranking official to to squarely place blame for the chemical attacks in Syria saying, "There's no doubt who is responsible for this heinous use of chemical weapons in Syria: the Syrian regime."