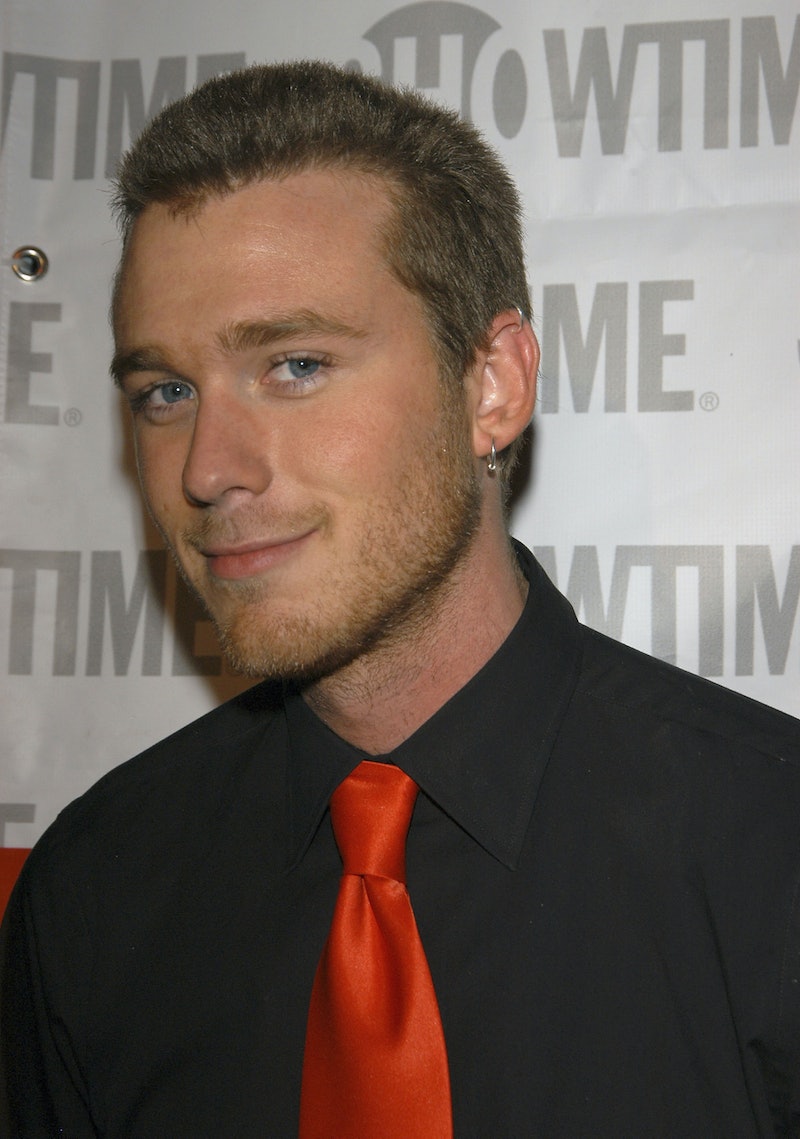 If you've been on the Internet at all today, you already know that Blake Lively is with child. What you may not know is that her real life brother shares a name with Serena van der Woodsen's brother, Eric. What a crazy coincidence, right? I mean, Eric is such an uncommon name! So who is Eric Lively? Other than Blake's big brother and early baby bump photographer, Lively is a showbiz heavyweight in his own right. You actually may recognize him from a handful of things.

As the second youngest out of the five Lively siblings, all of whom are actors, Eric continued the family tradition from early on in his life. Eric, 33, has been acting since he was a baby. Literally. His first IMDB credit is from when he was just two years old, for the movie Brainstorm in which he played the uncredited role of a baby. Over the course of his lengthy career, he's appeared in The Butterfly Effect 2, The L Word, 24, American Pie, The 9, The Client List, and many other projects. An interesting little tidbit: he also appeared in an episode of Full House.

According to his IMDb bio, Eric graduated high school early at the age of 15. (Coincidentally, Blake recalls that she was the very same age when her brother tried to convince her to leave school to embark on her own acting career.) After graduating, Eric moved to New York to pursue a degree in photography from Parsons: The New School For Design. As you can easily imagine, he spent some time lending his aesthetically-pleasing Eric bone structure to some modeling campaigns after moving to the city. Lively was approached by an agent from Ford Models, and naturally, spent time as a model for Abercrombie, Levi's, and Tommy Hilfiger. Sultriness basically runs in the family.

If you're a vintage Disney series fan, you may recognize him as the teenage boy who played Carey Bell on Seasons 2 and 3 of So Weird. It was around this time in 1999 that Lively decided to move back to LA to get back into acting. This decision was spurred by landing the role of Albert in American Pie.

Yet another fun fact: for anyone in the crowd who loves themselves an angsty Lifetime movie, Lively was in the 2004 TV movie Speak opposite Kristen Stewart. He played Andy Evans, the seemingly charming jock who turns violent, sexually assaulting Stewart's character Melinda Sordino at a party.

Here he is on The L Word where he played recurring character Mark for one season in 2005. Check out his flowing Lively locks in the clip below.

Currently, Eric lives in LA and is married to Angelina Davydova. He continues to act, and has found a use for his photography degree in taking his sister's pregnancy pictures. I'm sure he's very excited to have a little niece or nephew on the way. Mazel tov to those Livelys and their superior genes!