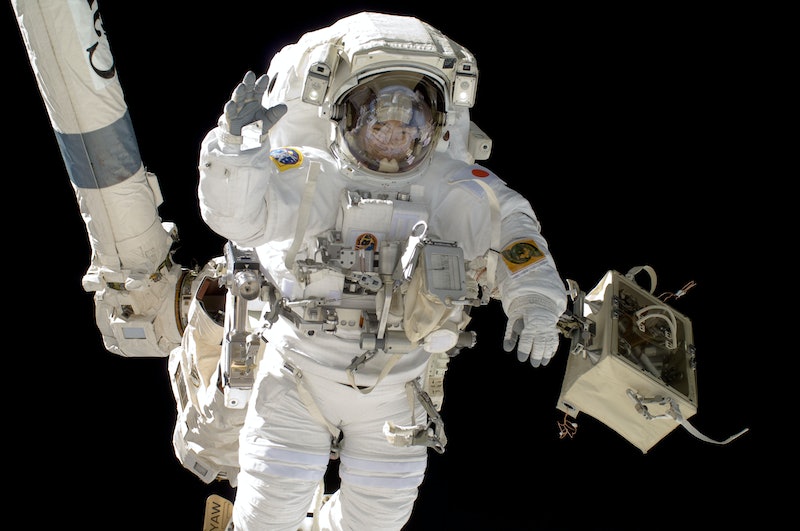 We really, really want to go to Mars — but let's face it, space travel is incredibly expensive, and thanks to our strained economy, funneling millions of dollars into the exploration of other planets is kind of hard to justify. But we still really, really want to go, so... NASA might put astronauts in hibernation to save money. You can't exactly blame them; NASA already works within a highly limited budget, and its spending cuts don't look to be going away anytime soon.

According to a report from Irene Klotz at Discovery News, NASA funded a study conducted by Spaceworks to explore whether putting astronauts in a "hibernation" state, known as torpor, while supplying nutrients via feeding tubes could help save them money. Hibernating astronauts mean there's no need for living quarters, exercise equipment, food or water — which, the study showed, could cut necessary ship weight from 400 tons to approximately 220 tons.

If it sounds a bit extreme, it's because it is. Torpor has been induced before for medical purposes, but never for longer than a week. If NASA was to follow through with this strategy, astronauts would have to remain in torpor for six months to get to the Red Planet. That's right: six months, in space, where any number of things could go terribly wrong at any time and no one would be there to save you. The idea in and of itself is nerve-wracking, but we're still considering it because, well, space.

The idea may have us groundlings shaking in our boots, but astronauts are pretty used to doing weird, uncomfortable, counterintuitive things for the sake of space research. It takes a lot of work to even be considered for the program, so those who get in tend to be openminded. Here are just a few of the crazy things astronauts have to go through in order to explore the final frontier.

Nearly every astronaut experiences some kind of sickness in space, due to that whole lack of gravity thing. Having unstable inner ears can bring on nausea and headaches, and you can even have issues locating your limbs. (Sounds like my 21st birthday, but with a lot less cake. Like, no cake.) Also, because there isn't any gravity, your fluids shift upward which causes major puffy face, you can get kidney stones from your withering bones, your muscles atrophy and your heart can shrink.

In order to properly use a space toilet, you have to aim directly for the center. Sounds a little silly, but it's so vital to the proper use of the system that astronauts must practice prior to liftoff. Guys have a pretty serious advantage on this one.

It's already hard for astronauts to get a good night's sleep. After all, they do have to go through 16 sunrises a day. But even more obnoxious than that are the bright beams of light flashing in their eyes. These beams, known as cosmic rays, are high-energy particles that shoot through the solar system on a regular basis.

Getting used to being up in space is hard enough, but astronauts report having an even harder time coming back to Earth. Some report having difficulty moving their limbs for days after landing. On a funnier note, many astronauts report dropping thing frequently, because they forget that gravity exists. Try explaining that to the customer service desk at the Apple store.