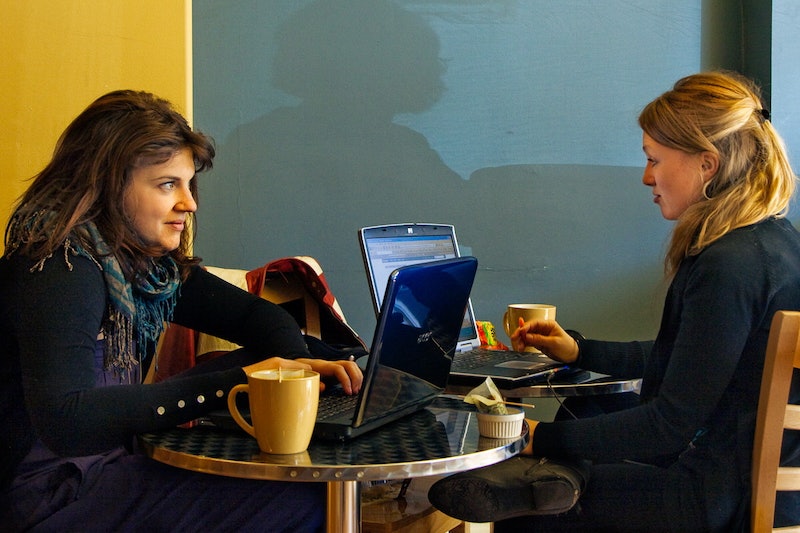 It’s often said certain professional fields draw certain personalities: Type A’s tend to do well in business, dreamers are better suited to creative fields, and so on and so forth. But have you ever wondered whether your actual job is the best one for your personality? Business Insider did — so they got to work trying to figure it out. Accordingly, they’ve come up with a chart detailing the top five jobs for each personality type as described by the Myers-Briggs Type Indicator. Where do you fall on the chart?

As we discussed last week, the Myers-Briggs Type Indicator uses four personality dimensions to sort people as one of 16 different personalities. The dimensions work on a binary; you’re either Extroverted or an Introverted, Intuitive or Sensing, Feeling or Thinking, and Perceiving or Judging. According to BI, it’s been heavily used in business culture for decades; about 80 percent of Fortune 500 and 89 percent of Fortune 100 companies use it to assess the personalities of their employees, making sure they’re working in the right departments and succeeding to the best of their (and their company’s) abilities.

BI examined the 16 possible personality types from the Myers-Briggs test, consulted the book Do What You Are: Discover the Perfect Career for You Through the Secrets of Personality Type, and chatted with one of the book’s authors, Paul Tieger. Then, they assembled everything they’d learned into a chart identifying the five best job choices for each personality type. While they noted that each list is by no means definitive, it’s a pretty good bet that at least one of the professions included in each one will fit the personality type to which it’s attached. Scroll down and take a look below — did you end up in the best career for your type?

The arguments are fairly convincing — but at the same time, the Myers-Briggs Type Indicator may not be the be-all, end-all of personality tests. We already know, for example, that boiling introversion down merely to “the opposite of extroversion” overly simplifies the issue; additionally, it’s been argued that the whole thing is based entirely on unproven theories. Personality is also mutable, and it’s possible that your results will change each time you take the test. For example, I think it’s worth noting that I find it much more difficult to self-assess some of the qualities measured by the test now than I did when I was younger. A lot of the essential elements that make up… well, me are things that I’ve cultivated over the years — largely because they’re qualities I needed to have to be a successful working professional. They don’t, however, necessarily line up with my natural inclinations.

Consider this: My “type” when I took the Myers-Briggs Indicator 10 or 15 years ago was INFP, or Introverted Intuitive Feeling Perceiving; meanwhile, the free online test based off of the Myers-Briggs Indicator I just took over at 16 Personalities filed me as INFJ, or Introverted Intuitive Feeling Judging. I’m pretty the qualities that shifted my original P into a J, however, are some of those qualities I’ve actively developed on over time — because to be honest, the professions listed on BI's chart under the INFJ banner sound like the least fun time ever to me, especially in comparison with those under the INFP one:

All of them — therapist, social worker, HR manager, customer relations manager — involve interacting with a lot of people on a daily basis. I’m pretty good at faking being outgoing and personable; generally, they’re good skills to have as a fully functional adult. But I’ll be honest: I hate people. The idea of working a job where I do nothing but deal with massive amounts of people all the time is enough to send me into paroxysms of anxiety. On the other hand, the jobs listed under the INFP label all sound magnificent — and, even more noteworthy, I actually work in one of them: I’m a writer and editor. Coincidence?

Me? I think the Myers-Briggs Indicator speaks less to who we are as personality types; it seems more indicative of an incredibly human desire to be able to categorize and understand even the most ephemeral of ideas. I think “personality” is much more complicated than a simple set of binaries, but I understand the compulsion to try to make it quantifiable.

...But then again, maybe the whole thing exists solely for the purposes of pop culture online quizzes. Because let’s face it: Everyone wants to know which Hogwarts house they actually belong in.