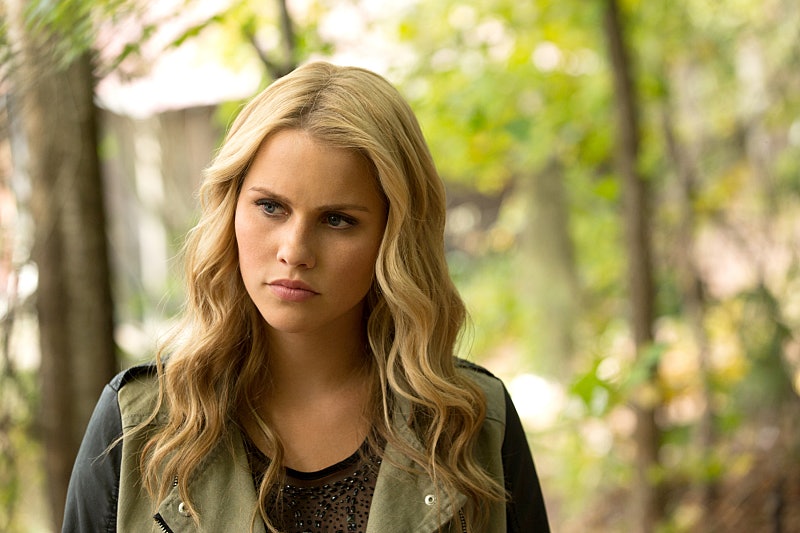 You really didn't think she could stay away for that long, did you? This beloved TVD spin-off took a major hit last season when Claire Holt decided to leave The Originals in order to move back to Los Angeles with her family, leaving many fans devastated and the Mikaelsons one pivotal family member short. How could the series survive without Rebekah aka one of the core Original members for which the spin-off was supposed to center around? Well, as it turns out, that question doesn't really need answering now because Rebekah is returning to The Originals for its second season! Granted, Holt is still no longer a series regular, so her appearances will still remain somewhat limited. However, given the fact that many doubted whether or not she'd even crop up at all throughout Season 2, her now guaranteed presence is a more than welcome treat.

Showrunner Julie Plec confirmed the exciting news to E! Online recently, promising that this blonde badass will be making not one, but multiple cameos throughout the year. "We will see Rebekah several times [this season]," Plec assured her fans, while also revealing that our first Beks sighting will be before the holidays. "In fact, we'll be seeing her for the holidays. The midseason cliffhanger will have a little dose of Rebekah." (Commencing freakout in 3… 2… 1… !!!)

Obviously, this is pretty much the best news ever, and just the thing to get us even more pumped for The Originals Season 2 premiere. So in honor of this joyous occasion, let's look back on some of Rebekah's finest moments and recount all the times she was our favorite Original vamp.

Whenever She Was Badass

When She Put Klaus in His Place

Even the most powerful vampire in the world needs to be taken down a peg or two.

When She Was Sassy

Which, again, was quite often. #Burned

When She Let Herself Be Vulnerable

Because underneath all of that vampire strength, she was still just a girl.

When She Stood Up For Her Gender

And constantly proved that women could be just as much of a force to be reckoned with.

When She Summed Up Modern-Day Fashion

When She Demonstrated Family Loyalty

When She Rebuffed Sexual Advances

No means no, buddy.

When She Had Great Taste in Wine

When She Rocked a Side Braid

Where did you think Katniss and Elsa got it from anyway?

More like this
“The Door Is Always Open” For Another 'Breaking Bad' Spin-Off, Says AMC Boss
By El Hunt
Neil Patrick Harris Will Play 'Doctor Who's “Greatest Enemy” Yet
By El Hunt
‘God’s Favorite Idiot’ Still Has To Film 8 More Episodes
By Kadin Burnett
Vanessa Hudgens Proves She's Always A Wildcat At This 'High School Musical' Location
By Alyssa Lapid
Get Even More From Bustle — Sign Up For The Newsletter