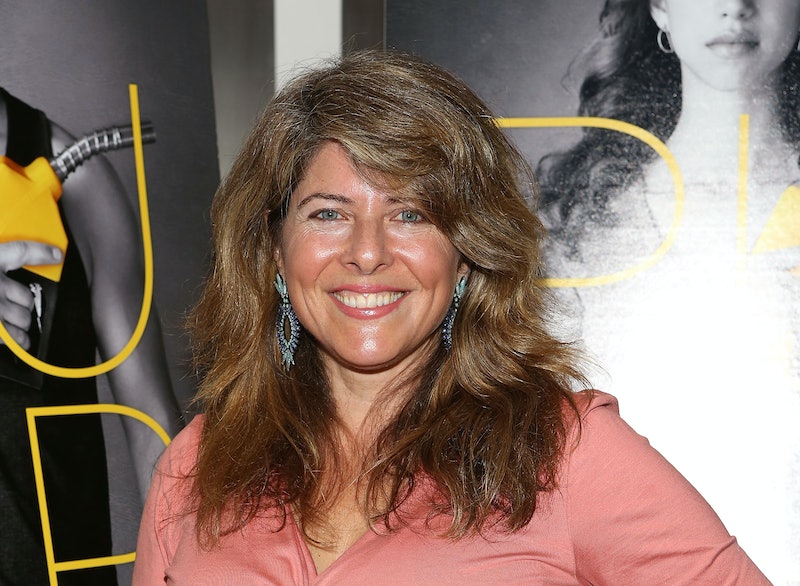 Ahh, truthers. They always emerge out of any horrific event — September 11, the Santa Barbara shootings. They are inexplicable and pervasive, but they are usually relegated to some obscure corner of the Internet. They usually aren't widely-respected figures. They usually aren't feminist icons. So that's why I was shocked to learn that journalist and author Naomi Wolf suggested that the ISIS beheadings were hoaxes staged by the U.S. government.

In a series of Facebook posts on Saturday, Wolf casted doubt on the authenticity of the brutal beheadings of two Americans and two Britons by the militant group ISIS. Urged by New York Times reporter Rukmini Callimachi, Wolf deleted the original posts. But this hasn't stopped her from lapsing into fervent self-defense for her ridiculous theory that the victims and their families were all hired actors.

Wolf grounded her "argument" in the fact that two of the hostages went from a military career to humanitarian work. She also asked for confirmation from Reporters Without Borders and Amnesty International that the hostages had been registered as abducted which is standard practice. Callimachi explained that the abductions had been under a media blackout over the last two years, which would explain why the record wasn't publicly available.

Wolf is now continuing to defend her statements on Twitter, posting this to Facebook later on Saturday:

There is absolutely nothing wrong with raising questions, but when U.S. intelligence has confirmed that the authenticity of these horrific videos, released by a very real group of extremists, is real? I'm going to say that should be enough for venerable papers like The New York Times to report it as fact.

It's heartbreaking, because many of my early forays into feminism were inspired by Wolf. Her 1990 book The Beauty Myth started meaningful conversation about the perception of women propagated by the media. Her political consulting for Bill Clinton and Al Gore was a huge drive for women voters.

And here we are, with a respected feminist figure like Wolf using her clout to justify spouting insensitive and absurdist views in a nearly unapologetic fashion. Then she purported that this flouting of journalistic integrity led to more dire consequences. She posted to Facebook on Monday:

We are here again. It is of course terrible to see videos purporting to show assassinations; it is terrible that anyone is assassinated anywhere. But if we don't do our jobs as journalists and citizens and check all the news on the basis of which we are being rushed into war -- and on the basis of which Australia and Britain are being stripped drastically and speedily of historic freedoms, -- then many worse things will happen to children and old people, and to our brave young men and women in that part of the world, than a hundred thousand videos will be able to document. Terrible deaths may be ahead for many innocent people, probably out of camera range, many many multiples of the deaths on the videos I am seeking to double source now, if journalists and editors do not independently verify the news now. And it will be our fault, as journalists and editors. That is why we should do our job and double source the news.

It is an endlessly disappointing situation, and even worse that some of her most loyal fans will follow her into the deep, twisted logical rabbit hole that she has stumbled into. I'll always thank her for her early work in a young feminist's life, but I can't excuse harmful speculation.