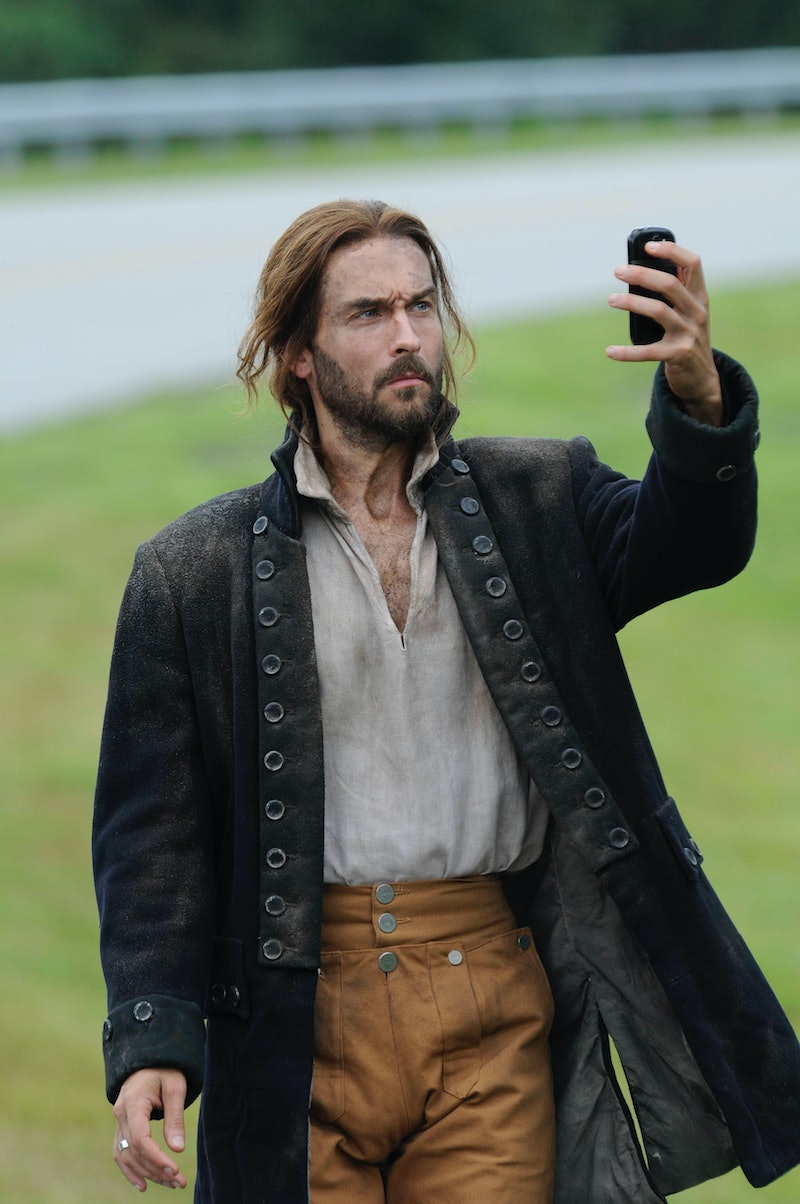 There are many, many things Sleepy Hollow 's Ichabod Crane (played by the oh-so dreamy Tom Mison) is capable of doing. He can fend off an apocalypse, rescue his dear friend from purgatory (Team Ichabbie for the win!), and even use sulfuric dirt as gun powder and explode his way out of a buried coffin. But when it comes to the advances of modern-day culture — whether it be technology, food costs, or even wedding traditions — our British hero's understanding of it all falls a little bit short. But, I mean, that's bound to happen when you've been asleep/dead for over two centuries, right? (Not that I've ever experienced such a thing, of course, but one can assume it'd be a pretty big adjustment.) And thanks to Mison's perfect comedic timing and charming demeanor, it's proved to be a downright hilarious trademark of the show.

In all honesty, I would be perfectly content to watch Ichabod simply wander around discovering new things about the modern world each and every week — headless horseman or no headless horseman. It's just that funny. Don't just take my word for it, though. This is really something you really have to see for yourself in order to believe. Warning: if you weren't already in love with Mison before, you absolutely will be now. Proceed with caution. So without further adieu, here are all the times Ichabod made us laugh/swoon over his 21st century education.

When He Baulked at Modern-Day Fashion

Hard to argue with him there.

When He Attempted to Heckle a Baseball Umpire

When He Discovered the Deliciousness of Donut Holes

So sweet. So tasty. And the donut holes aren't bad either.

When He Frowned in the Face of Unjust Costs

When He Learned the Art of Fist Bumping

An important skill set if there ever was one.

When He Witnessed How Far Vocab Has Come

Puts a whole new spin on the words awful intercourse, doesn't it?

When He Was Bested by a Bandaid

Don't worry, Ichabod — we've all been there.

When He Discovered the Monopoly of Starbucks

You can't put a limit on high-quality caffeine.

When He Was Taught the Concept of a Birthday Wish

Hey, just be thankful it wasn't one of those trick candles.

When He Found Out How Far Weddings Have Come

And Finally, When He Paid a Visit to the Bank

Apparently, he doesn't understand the temptation of a free pen. Bless you, Mr. Crane. Bless you.