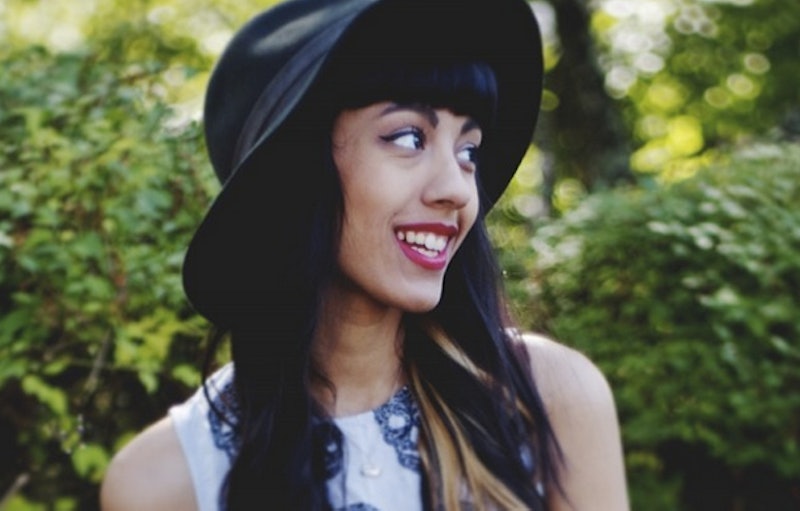 It's the moment we've all been waiting for. The almost inevitable head to head battle between The Voice's new superstar BFFs has finally happened — and it was as sugar-coated and lovey-dovey as we all hoped. Pharrell and Gwen engaged in a "candy cane sword fight" over 21 year old jazz singer and Boston native Brittany Butler. Brittany Butler's The Voice audition, "The Girl From Ipanema," had both Pharrell and Gwen hitting their buttons within seconds, and had Blake and Adam on the edge of their seats thinking of the best one-liners to tease the dueling besties with.

Before she even began singing, Butler won over hearts all across America with the story of how her grandfather got her into jazz and hooked her into singing by buying her a guitar and video camera to post her videos on YouTube. Butler continued to wow viewers — and the judges — with her silky smooth tone and scatting. Once she finished, Blake and Adam knew what was bound to happen between the two anxious coaches, and we were all excited because we're ready for the Pharrell and Gwen partnership to heat up a little.

"They're going to nice each other to death" and "fight each other with rainbow and happiness" is almost exactly what happened. Gwen bragged, as always, how she was the first to turn around. Surprisingly, she didn't pull the girl card. Pharrell played up the compliments on Butler's style and technique, but did manage to throw in a BUT Gwen would be awesome too at the end of his pitch. When all was said and done, and the cotton candy throwing came to an end, Butler chose Team Pharrell, and I think we can all agree that's the best choice. There was no doubt (no pun intended) Butler would've fit in with Gwen, but Pharrell's expertise producing and working with artists will be perfect to mold her unique style and tone.