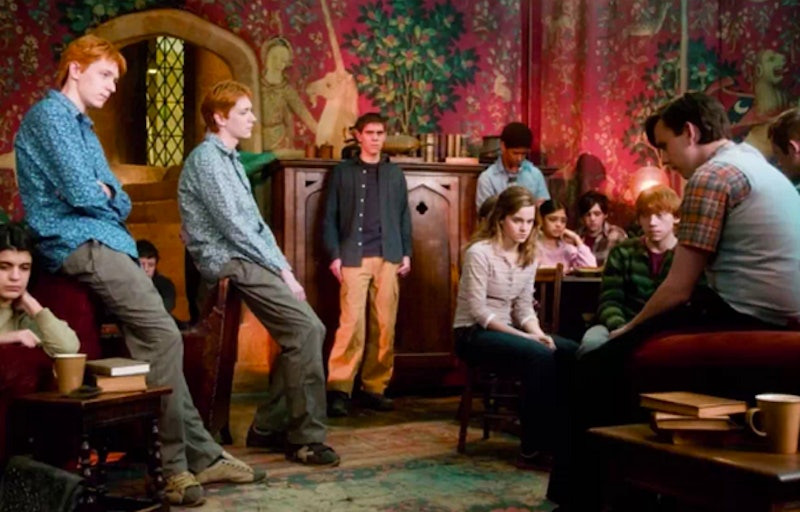 The Harry Potter movies have a relatively divisive place within the Harry Potter fandom. Some love them, some love to hate them, some volley between the two based on what scene or plot hole you're talking about — and don't even get me started on that Michael Gambon Goblet Of Fire scene. You know the one I'm talking about. But there were plenty of scenes they shot for the Harry Potter movies but that never made it to the big screen, or even the deleted scenes on the DVDs. Now we're seeing images from those scenes, and they're managing to make us nostalgic for the films and peeved they didn't make the cut simultaneously.

There's nothing life-shattering about the things that were cut but are present now, but it is a lot of stuff that would have added some nice flavor and rounding-out to the movies. Cedric and Cho actually hanging out together, for one, is a nice thing to see considering the Cedric-Cho-Harry love-triangle-lite is one that has an impact on Harry's path to heroism, and on filling in Cedric a bit as a character. Even more interesting, though, are the scenes taking place after Umbridge's discovery of Dumbledore's Army in Order Of the Phoenix and after Harry comes back with a dead Cedric in Goblet Of Fire. As a die-hard marauders-era fan, I'm also crushed they took out the bits of the Order Of the Phoenix flashbacks that actually showed us Lily Evans.

You can see more of the images over at Movie Pilot, and for a Harry Potter fan they're definitely worth seeing.