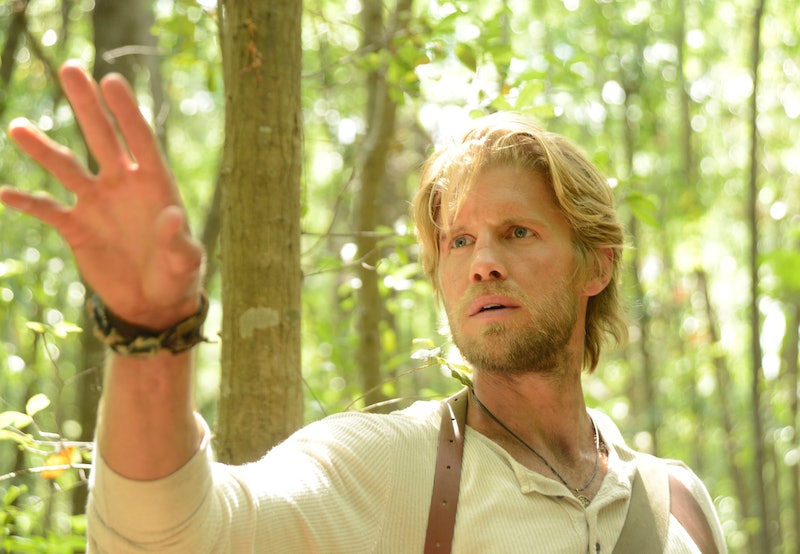 Alright Sleepy Hollow fans. Let's all be really honest with ourselves. As much as we all want to see Ichabod and Abbie together, there are too many complicated factors at play for them to reunite, at least right now. And Matt Barr's Nick Hawley could be a great little romantic distraction for Abbie that would take her away from Ichabod, emotionally, for a little while. But Nick's interacting with Sleepy Hollow's favorite dream-couple is not a coincidence, he has a history with Abbie's sister Jenny. Could that history be a romantic one? It's entirely possible and highly likely. And if it is true, it could spell more tension for the Mills sisters, who have many problems as it is, without Nick's help.

As we all know, Abbie and Jenny weren't close for many years before the series began. Jenny told the truth about what she saw in the forest all those years ago and Abbie didn't. Jenny went to the mental institution, and Abbie went on to become a great cop on her way to the FBI before the craziness began. Then there's the fact that Abbie was chosen to be a witness with Ichabod over her, despite her years of work trying to protect the world against the coming apocalypse. So will the two sisters close the gap between them or will the rift last forever?

If this show has taught us anything so far, things may not be looking up for the Mills sister for a little while. Jenny has already gotten arrested and sentenced to community service for her sister and Ichabod's continue task which was a great sacrifice she knew she needed to make, but she didn't seem too happy about it. In Monday night's Season 2 episode "The Root Of All Evil," Jenny not only discovered that Abbie knew Sheriff Reyes was in Sleepy Hollow when their mother was sentenced to the mental institution, she also discovered that it was Reyes' testimony that put her there. And she saw that Abbie wasn't nearly as upset by this information as she was.

Jenny is later possessed, in a way, by a coin thanks to Henry aka Ichabod's son aka the Horseman of War. The coin, which also caused Benedict Arnold to turn against his fellow revolutionaries centuries ago, took Jenny's darkest thoughts and made them a reality. It caused Jenny to try and kill Reyes, but at the last moment, Abbie was able to talk her down by convincing her to help her find out more about their mother's case.

Somehow, the sisters are still keeping it together despite having many, many disagreements about their past and present. Could Matt Barr's Nick Hawley also play a part later down the road? It seems as though Nick will end up having eyes for Abbie — and man, will it be fun to watch Ichabod squirm while this is happening — but what is his connection to Jenny? I believe the two met while Jenny was trying to end the coming apocalypse on her own. Perhaps, Jenny found Nick while investigating leads and the couple's shared interests , or maybe lack thereof, caused passion to ignite. Maybe they were friends with benefits?

All I know is that if he causes Abbie and Jenny to have more tension that it causes a breaking point in their relationship, I will be pissed. The team already has enough terrible crap to handle on their plate and all they have is each other to stop this coming war. No man should tear these sisters apart.