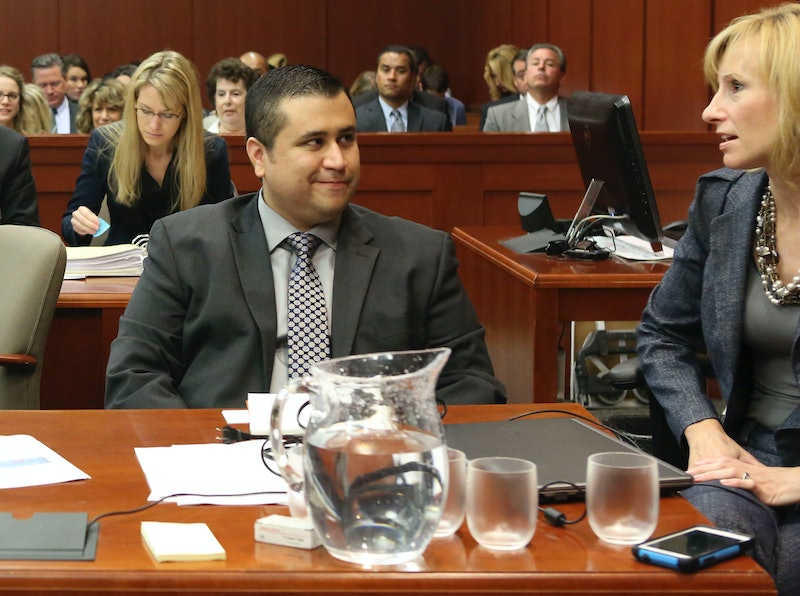 Another member of the Zimmerman family is dealing with legal troubles.

The wife of George Zimmerman, the neighborhood watch volunteer was acquitted of murder charges in the shooting death of Trayvon Martin, was convicted of perjury Wednesday.

Shellie Zimmerman pleaded guilty to the misdemeanor charge, stemming from a lie she told under oath. She will be placed on probation for one year and will be forced to write a letter of apology to Judge Kenneth Lester.

The charges are related to Shellie Zimmerman's testimony during her husband's bail hearing in April 2012, during which she told the judge that the family had no money. In fact, the Zimmermans had access to $135,000 at the time.

According to authorities, Shellie Zimmerman spoke in code when relaying the state of her finances, suggesting that the couple had less than $10 in their account according to recordings. Authorities allege that soon after, she transferred about $74,000 into her bank account.

The conviction of Shellie Zimmerman comes as her husband seeks funds from the state of Florida to help cover the costs of his defense in the Trayvon Martin case. George Zimmerman was recently acquitted of charges of second degree murder and manslaughter after shooting 17-year-old Martin as he walked home.

George Zimmerman will reportedly ask for somewhere between $200,000 and $300,000 in reimbursement for legal fees incurred during the trial. According to Florida law, an acquitted defendant can't be held accountable for costs that were incurred while they were in custody. But lead attorney Mark O'Mara isn't holding his breath that they'll get the requested sum. "The case law here is quite limited. Even though we're going to ask for it, the amount that we'd most likely get is significantly less," he said.