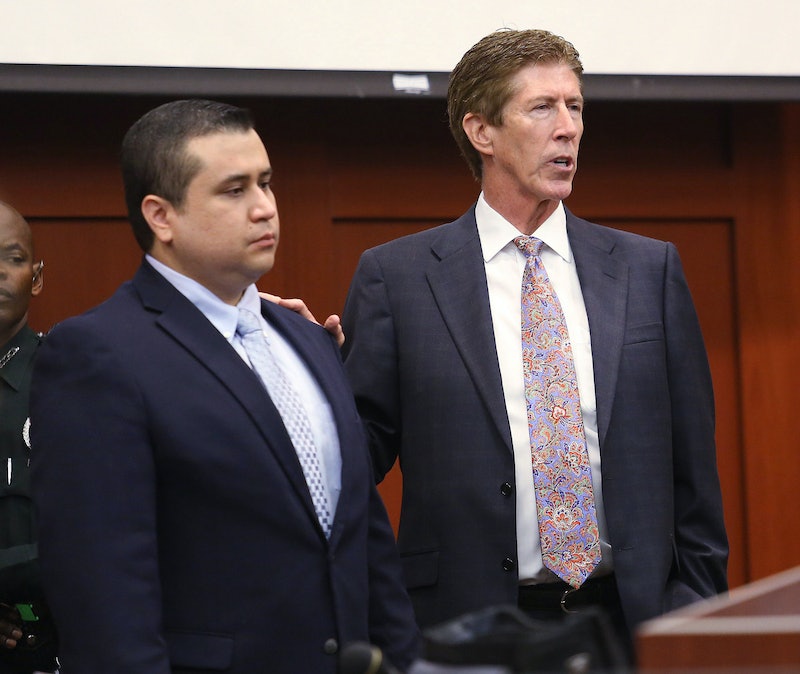 George Zimmerman's defense attorney Mark O'Mara, who helped deliver his client a 'not guilty' verdict last month, plans to ask the state of Florida for a large sum of money to pay for legal costs incurred during the trial.

Zimmerman, who shot and killed the 17-year-old Trayvon Martin in February 2012, was found not guilty of second-degree murder and manslaughter in a trial that drew national attention and public outrage. Zimmerman's legal team has not settled on the exact number yet, but they plan to ask the state for between $200,000 and $300,000. This sum accounts for the costs of travel, expert witnesses, court reporter fees for witness depositions, and various props and visualizations used in the trial. Zimmerman's lawyer fees, which could technically amount to millions of dollars, will not be eligible for compensation. Public agencies have already spent over $900,000 to run the five-week trial.

Though the gall of such a request from someone as controversial as George Zimmerman is sure to ruffle some feathers, the practice of recompensing defendants in his position is standard. Defendants who win their cases are eligible for such compensation under a Florida statute, as long as the motion is approved by a judge or clerk.

Zimmerman reportedly went broke during the preparation for his trial, due to the fact that he was unemployed while hiding out in his home. For months he lived off of donations to his defense fund. His lawyer O'Mara suggested several times that he might even ask the judge to declare Zimmerman indigent, forcing the state to pay his legal bills, but never ended up doing so.

Since the July trial, Zimmerman has been involved in some questionable public stunts, including (allegedly) saving a family from an overturned car, and posing for photos at a local gun factory. In defense of his ongoing firearm purchases, Zimmerman's family claims that guns are a necessary precaution considering the hundreds of death threats he receives every day. Let's just hope he doesn't approach his self-defense so proactively next time.