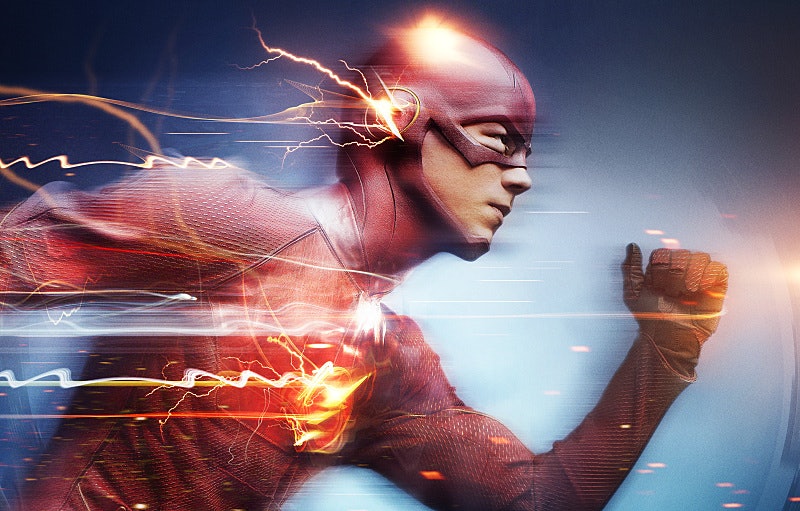 Barry Allen might become the fastest man alive soon enough in Tuesday's night series premiere of The Flash, but things won't come easy for soon-to-be superhero. Not only will he have other superpower-ed humans to befriend or defeat (depending on their evil status), he also has hormones to contend with. He's in the friend zone with his one true love at the moment and that can't be a fun place to be for anyone, let alone a extraordinarily powered man. But perhaps the most important, and easily the most emotional dilemma Barry will have to worry about, involves his family's tragic past. It's the mystery that keeps Barry Allen up at night. The mystery he's been trying to solve his whole life. Who killed Barry's mother?

If the show follows its comic book source material, there are, as always, a few different ways to handle many of The Flash's future plotlines. But the most common story about Barry's mother's death involves time travel and a revenge-seeking villain. Here is the obligatory spoiler alert for those who have yet to see the pilot or have yet to read the comics, and want to be surprised. You've been warned!

In many of The Flash comics, Barry discovers that the dastardly Professor Zoom is behind the murder of his mother Nora Allen. Zoom, determined to ruin Barry, went back in time to alter the course of Barry's life by killing his mother and framing his father for the murder. It's important to note that Zoom's real name is Eobard Thawne, and on The CW's version of The Flash, Eddie Thawne is a detective who happens to be dating Barry's previously mentioned true love. I think it's safe to say that before Season 1 comes to an end, Eddie and Barry won't exactly be on the best of terms.

In the vibrant, exciting, at times corny, but overall pretty awesome pilot for The Flash, Barry's mother's murder is shown through Barry's young eyes. He is obviously a credible witness to the audience as we know he saw the truth of what happened. But to the cops and everyone involved in Barry's life, he's just considered a young kid who was seeing things as he wanted nothing more than to prove his father's innocence. But if his point of view does tell the truth, the theory that Professor Zoom is behind the murder of Nora Allen is actually the most logical one, as Barry swears he saw a man inside the gust of wind that killed his mother. The show has already taken Iris' father Joe, who is a detective for whom Barry works, out of the mindset that Barry is crazy. By the end of the episode, he understands that there are extraordinary people that can do extraordinary things.

Hopefully this means at least one person will keep an open mind about Barry's mother's death. And maybe, just maybe, Barry can eventually get the justice and answers he has been craving and most definitely deserves. But for now, it's time to sit back and just enjoy the twists and turns The Flash gives us about Barry's past, present, and future.