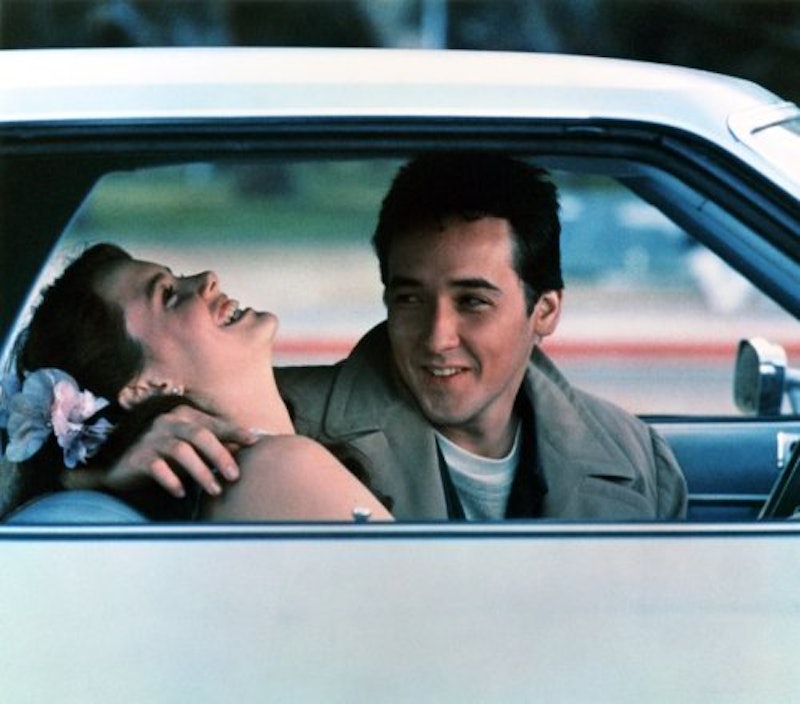 Listen, TV networks. I love my nostalgic revivals as much as the next girl. I tell my little sister all the time that all the good shows and movies came out in the '90s (or the '80s and concluded in the'90s). I lament all the times I make a reference to something that makes my sister stare at me blankly and go, "What's that?" So when you decide to do things like produce new episodes of The Powerpuff Girls or turn the Scream film franchise into a TV series, I cheer and clap and scream and cry. But it's gone too far now. Apparently, NBC is turning Say Anything into a TV series — yes, the Cameron Crowe movie where John Cusack holds that boombox over his head. Is it any wonder that Crowe and Cusack hate this Say Anything revival idea as much as we do?

Let's just take a step back and take a breath here, guys. Let people recover from the news that Twin Peaks is coming back before you throw another classic at them. In fact, how about we stop throwing classics at them? I mean, I understand the allure. Instead of having to waste time building a new fan base and ultimately failing due to low ratings, you're developing something with a built-in fan base that won't turn away from this train wreck until it's over. Reviving an old film or show just makes sense.

However, the sheer amount of revivals coming out makes me very protective of some of the old classics of my childhood. So, please, for the love of God, here are seven films I don't want to see as a TV series.

Home Alone may have had enough material to support like four sequels, but it can't support a TV series. Why? Because if parents leave their kids alone often enough to support a 22 episode-long Season 1, then I imagine Child Protective Services needs to get involved there. What do you think this is? Rugrats?

The Usual Suspects was a mind-blower of a film that only works if no one spoiled the twist ending for you. However, any kind of TV series based on it would probably have to spoil that ending in order to support any kind of ongoing plot. It was more than a police procedural and more than a heist film. It was one of a kind, basically, and trying to add to it would only ruin it.

This should come as a surprise to no one, but in 2013 there were rumors of a Good Will Hunting TV series on our horizon. Thankfully, that appears to have gone nowhere. Like The Usual Suspects, Good Will Hunting told a complete story in two hours that doesn't need anything to add to it. Making a TV series based on it now would be capitalizing off the world's loss of Robin Williams and would just be an insult to his memory.

I only just recently accepted the Legally Blonde musical that has been out forever. Don't try and stuff a TV revival down my throat. Legally Blonde is my ultimate feel-good, girl-power movie — well, that and Clueless — and having to watch it slowly ruined on television would just about kill me. I'm really not that curious about Elle's other years of law school, I promise. And Legally Blonde 2: Red, White, & Blonde answered any questions I had about her time after law school.

Harry Potter and the Sorcerer's Stone (2001)