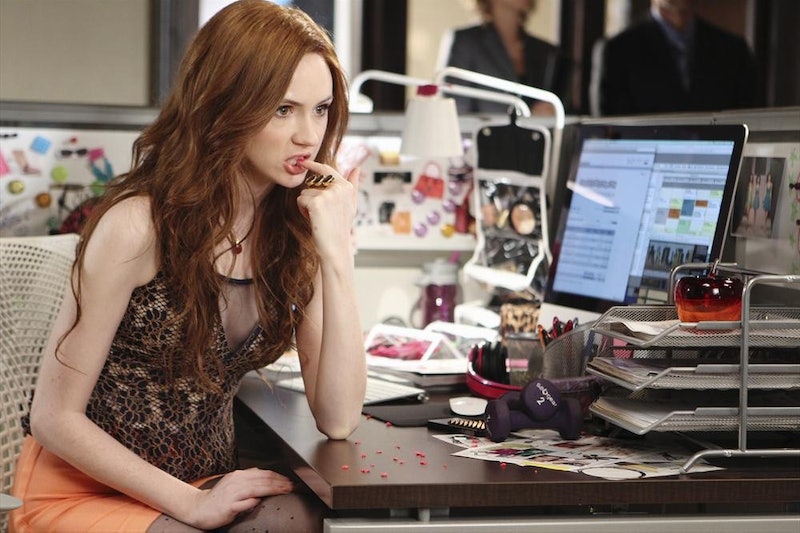 Sometimes, a theme song for a television show fits so perfectly that it almost aids in helping the character development. That is most definitely the case for ABC's Selfie using "#SELFIE" by The Chainsmokers. If you've been out of the college circuit — or don't listen to the radio that often — you might not be familiar with this very bizarre, yet very spot on song that references a certain breed of selfie takers (the kind we all roll our eyes at).

The group, The Chainsmokers, is a DJ duo came out with the "#SELFIE" in early 2014. It features heavy electronic beats and a judgmental voice of a woman's experience taking a selfie at a club. Sounds like a dream come true, right? Well for the ABC show by the same name, the song actually is a dream come true, as the woman in the song represents the main character Eliza, to a T, before her journey of self-exploration and becoming less shallow. In addition to that, the song is... actually catchy? Did I say that right? It feels so wrong saying a song named "#SELFIE" is catchy, but it is. "#SELFIE" by The Chainsmokers is catchy. Damnit. Listen for yourself.

Lyrics in the song demonstrate the absorbed yet oblivious nature of the character Eliza in Selfie. She is someone who only cares about her online presence, how many likes she gets, if people are talking about her, following her, you get the point. In the song, the girl speaking is only concerned about how she looks via social media versus enjoying the present moment — which sounds so cheesy, but it's true. So when Eliza in the television show tries to change her self-absorbed lifestyle and become more in the present and caring about those around her, she finds a harsh reality where she isn't necessarily liked as much in person as she in on Instagram. Check out these "#SELFIE" lyrics:

How about "Livin' with my bitches, hash tag LIVE"I only got 10 likes in the last 5 minutesDo you think I should take it down?Let me take another selfie

Sure, these lyrics might make you roll your eyes, pull your hair out, and throw your phone into the oncoming traffic — because people like this totally exist — but they are so perfect for the television show, and Eliza's character, that I can be just like Elsa and let it go. They're the perfect fit for this show.

The Chainsmokers is made up of a Andrew Taggart and Alex Pall and the duo is getting pretty huge in EDM music circuit. Perhaps it's because they have such a good grasp on pop culture — if a song named "#SELFIE" is any indication — and now have a song out called "Kanye," which is all about wanting to be like Ye himself. They're practically unstoppable now.