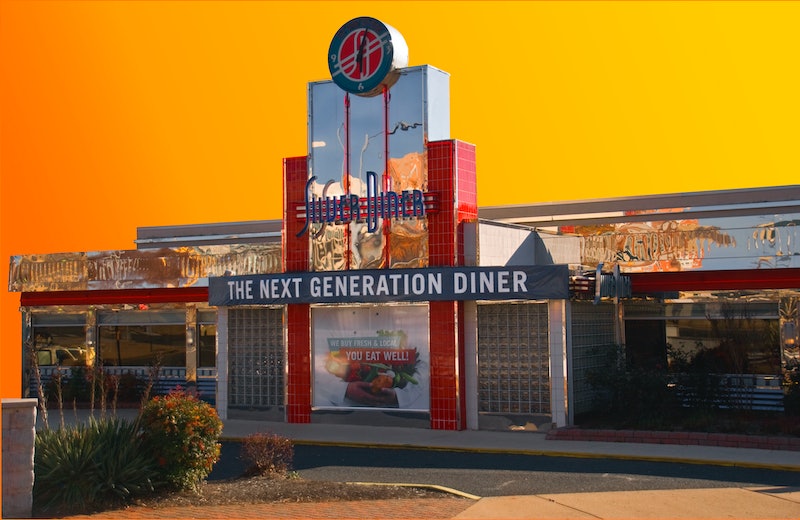 They are wrong, of course, but we forgive them. They don’t know any better. You have to live in Northern Virginia to see the truth of the matter: We are so different from the rest of Virginia that we might as well be our own state. (And believe me, we’ve tried.)

It’s clear why the people who move here tend to stay here for life. Northern Virginia is the perfect balance of suburbia and metropolis — it's close to the bustling capital, but not too close. It's a quaint and nice place to settle, but never boring. There’s something for everyone here, whether you’re a large family or a retiree or a 23-year-old post-graduate with an affinity for cake shops (aka me). I swear this post is not sponsored by the Northern Virginia Tourism Board (I literally don't even know if that's even a thing). This is just actually how much people from that area talk about it.

Still, with our unique situation there is also a unique set of struggles that we face on a daily basis, struggles that nobody outside of Northern Virginia could possibly understand:

You Lie And Tell People You're From D.C.

You're in a Love/Hate Relationship with The Silver Line

The construction is finally finished! But you still have traffic PTSD. You have a new way to get to Tyson's! But Tyson's is now more crowded than a One Direction concert. They gave you a free Silver Line bag at your Metro stop! But your train was still delayed fifteen minutes outside of East Falls Church because of Silver Line traffic. My feelings for the Silver Line fluctuate faster than my feelings about Chuck and Blair on Gossip Girl.

Nine times out of ten when you get cut off in traffic, it's either by someone with diplomat plates or someone in a Lexus. Or both.

You Survived Tyson's Mall Over Christmas

Savvy Northern Virginians get their Christmas shopping done before the Christmapocalypse that is Tyson's Corner Mall. The rest of us are warriors.

For some reason, parents in this area seem convinced that getting their kids into the science and tech magnet school Thomas Jefferson is going to mean insta-success for the rest of their lives, but newsflash: Life goes on after high school. And judging from the sleep-deprivation horror stories I've heard over the years, not getting into TJ could be a blessing in disguise.

Everything Is Under Construction Always and Forever

If it's not the Silver Line, it's something else, and it's usually right on your route to work.

THERE ARE NO SONIC DRIVE-THRUS

FOR THE LOVE OF GOD, WHY DO THEY KEEP RUNNING ADS IN OUR AREA? I saw sweet potato tots on my television the other day and nearly burst into tears. They can't do this to us. They just can't.

Your Hair Is Enormous (Against Your Will)

What's a good hair day like? You'll never know. At least not with this ridiculous humidity.

Not Knowing Jack About Politics

People seem to think that because we live close to D.C. that we just absorb all the politics through osmosis. And while it's true that we probably know more than the average citizen, I still can't give you a comprehensive list of every state senator off the top of my head.

All Your "Cool" Friends Live In D.C. Or New York

But you know that Northern Virginia is still secretly much cooler. Which is why you're always visiting them and hanging out in their bars and hitting all their hot spots and — dammit.

Picking Sides During The Thanksgiving UVA vs. Virginia Tech Brawl

Even in the unlikely event that you don't have a close friend or loved one who attended one of these universities, you will pick a side. Somewhere deep in the blueprint of your DNA is either a Hokie or a Cavalier. (Me? WAHOO-WA, BITCHES.)

Trying To Choose Something To Eat At Silver Diner

Seriously, is there anything they don't have on their menu? I feel like I could order moon cheese and nobody would bat an eyelid.

You're Still Not Sure Where Falls Church Ends And Begins

Filling Up All Those Snow Days

Aw, man. ANOTHER snow day? Now you have to find some way to entertain yourself for those eight hours of school you were so looking forward to!

Being More Awesome Than The Rest of Virginia

I would apologize except that I'm not sorry.

More like this
Here's How To Support Jewish People Amid Rising Antisemitism
By Hannah Orenstein
These Are The 3 Most Mellow Zodiac Signs
By Kristine Fellizar
23 Genius Gifts To Get Someone You Don't Know Very Well
By Jessica Booth, Lauren Grant and Brittany Leitner
Anguilla Is The Under-The-Radar Caribbean Destination You Need To Visit
By Rachel Lapidos
Get Even More From Bustle — Sign Up For The Newsletter