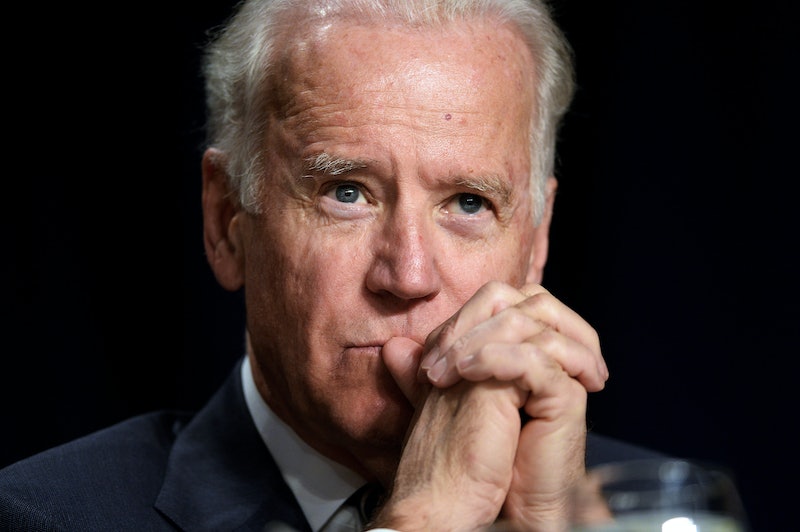 This week, the vice president was in town, and as usual the good people of Los Angeles turned it into an opportunity to complain about the traffic his motorcade caused. Even Jimmy Kimmel was annoyed by the street closures, wondering if anyone cared enough about the second-in-command to close down Hollywood blocks. But when he sent someone out to investigate, he found something even more disturbing about LA's lack of enthusiasm. Beyond not caring, a shocking amount of people interviewed for Jimmy Kimmel Live don't know who Joe Biden is.

Ol' Joe spoke at a Democratic campaign fundraiser on Monday, certainly causing all of the traffic problems that have ever existed in LA. That didn't stop the pedestrian foot traffic on Hollywood Boulevard, though, and Kimmel took this prime sampling of humanity and tested its knowledge on civics. Or at least who the vice president is. Hey, America? You didn't fare well.

I can tell you a few things that Joe Biden is not: an actor in Pineapple Express, a terrorist group, or a Republican.

Certainly, hopefully, there were many, many people who could correctly identify Joe Biden who were edited out of the bit. But the fact that they were able to find so many voting-age adults who couldn't answer that question is disturbing in itself. But perhaps it shouldn't be so surprising. Newsweek gave a test to 1,000 people in 2011 and found that 29 percent couldn't name the vice president.

... who, after confidently answering that Biden is a senator, noted she was an informed American by telling the interviewer that she got this information from the Internet and newspaper.

For tepidly answering that Biden was "the assistant president, or something." WE SALUTE YOUR SEMI-ACCURATE RESPONSE, SIR.