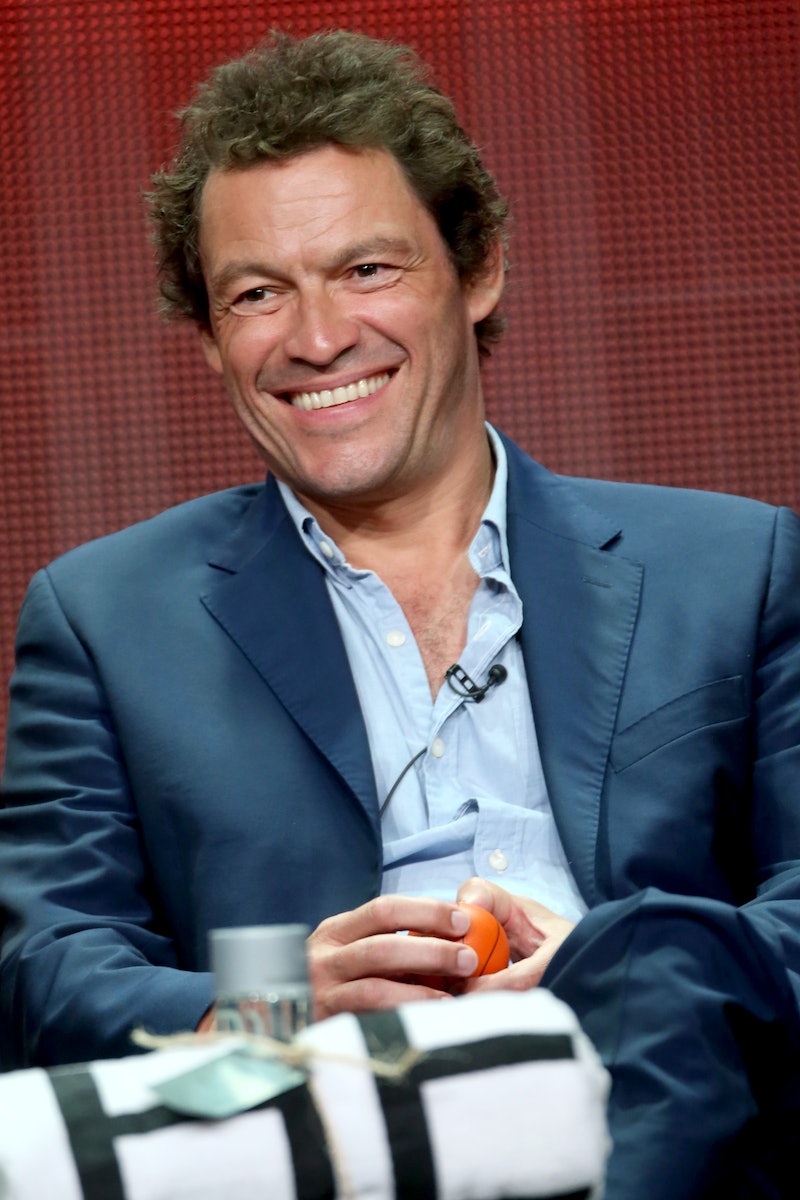 Showtime's new hot drama The Affair premieres Sunday and it's just as steamy and complicated as you would imagine. On The Affair , Dominic West plays a New York public school teacher named Noah who heads out to the Hamptons for the summer to say with his in-laws and his wife of 17 years. West's character then meets Alison, a Hamptons waitress (also married, of course) and their extraordinary affair begins. It kind of sounds about as dramatic as Revenge with a little less death (I can only hope). Bustle's Jefferson Grubbs says The Affair is poised to be "a worthwhile contribution to the hot-topic conversation going on right now concerning complex adult relationships" Which sounds like it’s going to be pretty intense.

So we have a torrid love affair, an attractive older man actor, a pretty young waitress and unsuspecting husbands and wives. That’s basically all you really need for a drama about cheating, but throwing in the Hamptons was a major bonus. But what about West? Isn't his unplaceable familiarity killing you right about now?

That's because West has been around forever. You’ve seen him in many, many, many movies as supporting characters like The Awakening and 300. You'd be forgiven if you recognize him and can’t figure out why. I can answer that for you.

His Biggest Role: Jimmy McNulty on The Wire

West played the famous Detective James "Jimmy" McNulty for six years on HBO’s cult hit The Wire. He was the lead and fans of The Wire follow its stars wherever they go, so I bet West will bring his devoted Wire fans over to dark side. (OK, it's not really the dark side, but Showtime is HBO’s number one competitor.) There may not be drug busts on The Affair, but there’s lots of sex, so it's kind of a trade-off, I guess.

Yeah, He Was in Spice World

I would like to state this is by far my favorite Dominic West role. You probably had no idea when you were in elementary school watching the Spice Girls that Dominic West would one day be starring in a Showtime show. Actually, you probably had no idea what Showtime was, but this gem will go down in history as West’s most ridiculous and best roles.

He Battled Christian Bale in A Midsummer Night's Dream

Pretty much everyone in high school had to read A Midsummer Night’s Dream and if you were like me, you were bored out of your mind. That's where the movie version comes in handy. Well, Dominic plays Lysander in the movie version of the classic Shakespeare romance, wherein he and Christian Bale were after the same woman. Huh.

Ahh, one of my all time favorite Sandra Bullock movies. West plays Bullock’s alcoholic boyfriend who doesn’t understand why his girlfriend is so boring after she is sent to rehab to battle her drinking addiction. Jasper, as he’s known, isn’t in too many scenes, but he is part of the reason she ends up in the rehab center in the first place.

He Was a Hot Professor in Mona Lisa Smile

I could recite Kirsten Dunst’s rant to Maggie Gyllenhaal in this movie I’ve seen it so many times. West plays the sexy italian professor, Bill Dunbar, at Wellesley College who notoriously dates students. He begins to date Julia Roberts in the movie, but then she finds out that he kind of sucks.

The Non-Lohan One: Burton and Taylor

West plays Richard Burton in the TV movie. Don’t worry, he stars in the Helena Bonham Carter version, not the Lindsay Lohan tragedy.

And he's in the upcoming Genius

Although the movie isn’t out yet, West is set to star in Genius alongside Nicole Kidman, Jude Law, Guy Pearce and Colin Firth. The movie is about the famous writers of the 1920s and of course he will take on the role of Ernest Hemingway. Just look at that face.