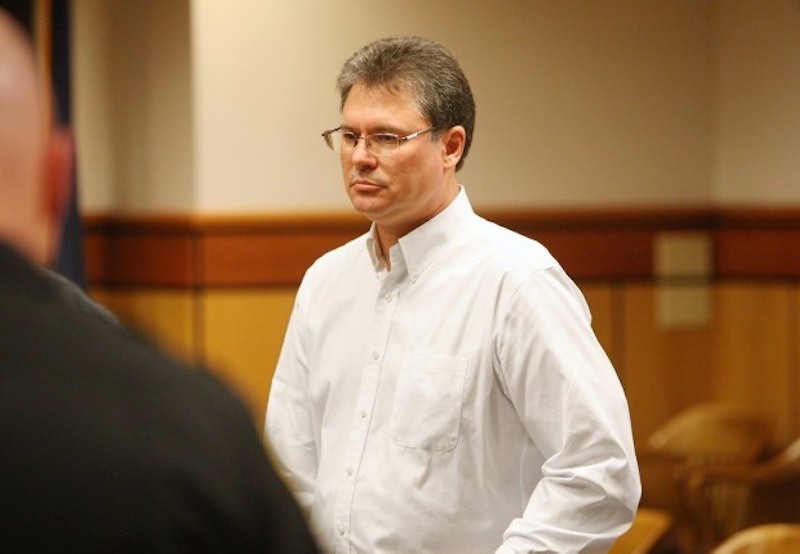 Three and a half years after a Montana teenager took her own life, the rapist who indirectly caused her suicide has received his final sentence: 30 days in jail.

Stacey Dean Rambold, who was 49 at the time, was the 14-year-old girl's teacher at Billings Senior High School when he engaged in a nonconsensual sexual relationship with her. When the rape case reached the attention of both the national media and the student's own classmates, she was thrown into a deep depression. The resulting emotional trauma, according to her mother, was a "major factor" in the girl's suicide at the age of 16.

Rambold was originally charged with three felony sexual assault charges, one of which he confessed to. In 2010, he was granted a "deferred prosecution agreement," in which the court would have dropped all charges under the condition that Rambold undergo sex offender treatment. When Rambold failed to comply with the requirements of his sex offenders treatment program, however, prosecutors reopened the case.

This negligible sentence is a revision to the 15 year sentence requested by the prosecution. The victim-blaming comments made by G. Todd Baugh, the sentencing judge responsible for the case, are perhaps the most nauseating element of this case. He claimed in court that his decision was caused by the belief that the deceased teen "seemed older than her chronological age" and was "as much in control of the situation" as the teacher.

The teen's mourning mother, Auliea Hanlon, says she is devastated by this decision. "I think this sentence is a joke, a travesty," she told CNN.

"People will lose faith in our justice system," said Hanlon, "I have."

For a little perspective, take a look at the recent case of a ten-year-old girl was charged with aggravated sexual assault for inappropriately touching a young boy's genitals while playing "doctor."

More like this
Iran Has Issued A Death Sentence Over Mahsa Amini Protests
By Catharina Cheung, Darshita Goyal and Maxine Harrison
Steve Banerjee's Wife Irene Sold The Chippendales Brand Prior To Her Death
By Brad Witter
William Reece Committed Another Murder Not Seen In 'The Texas Killing Fields'
By Grace Wehniainen
'The Texas Killing Fields' Suspect Clyde Hedrick Was Released On Parole In 2021
By Grace Wehniainen
Get Even More From Bustle — Sign Up For The Newsletter