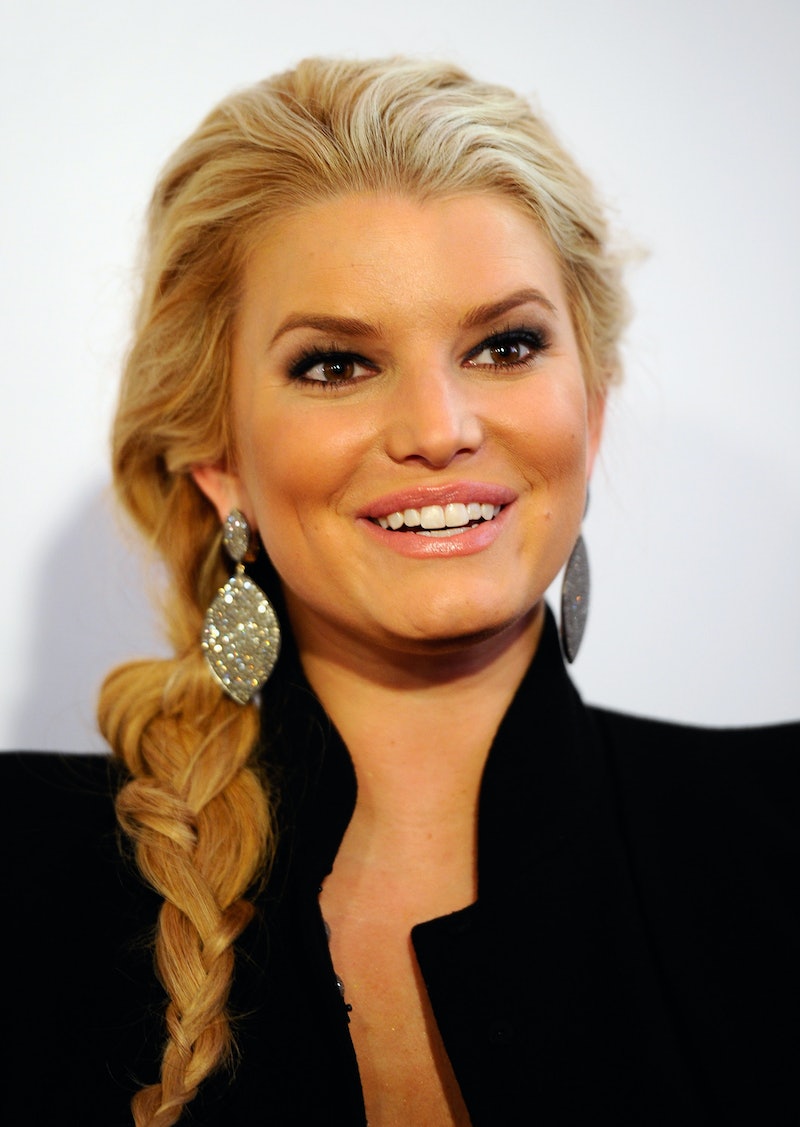 Welp, I guess this is one way to DIY your Halloween costume. In a picture she shared via Instagram, Jessica Simpson's husband wore a pair of panties on his face as a semi-homemade mask. Ah, newlyweds! Always finding novel and interesting ways to gross people out with their bordering-on-creepy love.

On Monday, the singer posted a picture of herself and her husband Eric Johnson at what appears to be some sort of masquerade ball. While Simpson went the more traditional route with a face-painted mask, Johnson sported a pair of Simpson's (?) black lace boy shorts on his head. It looks like Johnson totally misunderstood the concept of the party, but likely won the costume contest that night. Simpson captioned the photo: "When your husband doesn't have a mask... A Hanky Panky lace option will be the hit of the party!!!" Basically, this is the part where I picture all the guests filing into this soiree, noticing Johnson's disguise, and going, "They have a guy with underwear on his head here! Great party!"

Imagine the chagrin of the people who spent weeks crafting meticulously detailed masks, only to be upstaged by a pair of repurposed Hanky Pankies. A for effort, man! Or, actually, F for effort, but A for charisma. Also, does this qualify as product placement?

If he was going for "Fetish Cat Burgalar" or "A Sexy Case of Pink Eye" he totally nailed it.

Later on in the night, Simpson tweeted about the difficulties of washing her own mask off. Meanwhile, all Eric Johnson had to do at the end of the night was toss the panties from his head and conk out.

In conclusion, I learned something today. Jessica Simpson's husband probably was the kind of kid who wore a "Halloween Costume" t-shirt trick-or-treating.