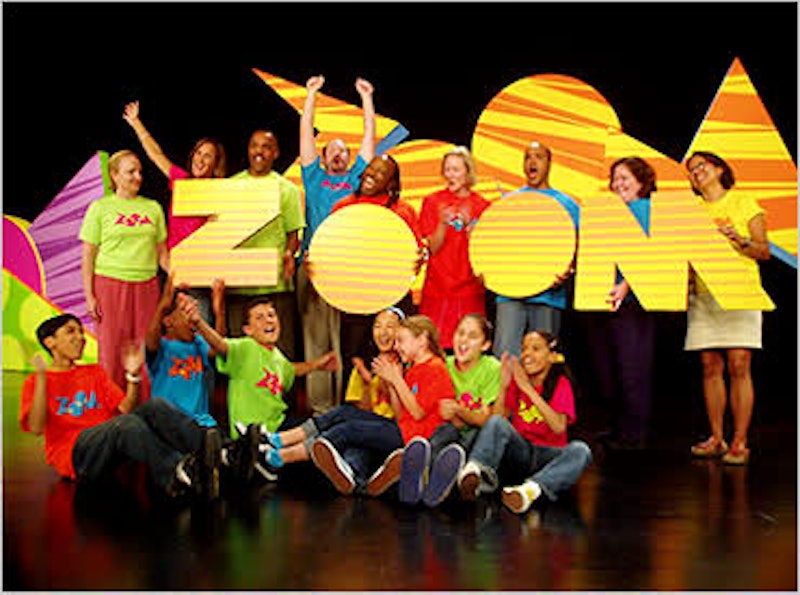 If you were like me, your childhood was starved of a great injustice: Cable. I grew up with parents that believed non-cable shows with less violence and gratuitous Matel commercials would transform me into a less manic and sensationalized adult. Whether they were right or wrong, us non-cable kids learned to adapt. Instead of watching Power Rangers and SpongeBob, we had the educational Wishbone and animated Arthur . Then, in 1999, a glorious new addition to our after school line-up appeared: PBS's Zoom. A reboot of the '70s show, Zoom was the Mickey Mouse Club for us second-class citzens without 70-plus channels. Nevertheless, it was glorious. And anyone who's seen the short-lived PBS offering will agree.

The half hour spot featured real kids in Boston doing cool things like speaking in made-up languages and performing flawless choreographed dance sequences. So let's take a trip down memory lane. Here are 13 reasons Zoom was the best show from your childhood (that is, if you didn't have cable offerings to compare it to).

Don't act like you didn't practice your own opening for the day you got cast on the show.

Definitely had a massive crush on Kenny, mostly because of his all-too convincing false-staircase intro. SWOON.

Which always featured generic brands like Zoom milk and my personal favorite, Zoom-ios! This is Public Broadcasting Service, after all.

The casual but coordinating outfits

...the Hawaiian shirts, the striped polos, the pigtails, all in the same orange/blue color scheme.

Like you ever knew what the hell they were saying. But still, Ubbi Dubbi made you feel like you were part of a secret club full of cool-albeit-questionable kids.

Riddle me this: Who actually understood all of Fannee Doolee's ridiculous riddles?

How Meta it Was

Part of the intro literally says, "If you like what you see, turn off the TV and DO IT!" Wow. Just... wow.

Which was like Dear Abbey meets The View for grade-schoolers.

Zoom Guests featured cool kids just like YOU! Except they invented a cure for a disease or raised money for animals or something.

How Collaborative It Was

You could send in your favorite recipes, your embarrassing stories, your questions, or even a play you wrote the Zoom kids would perform on TV! WHAT.

The Fact that YOU Could Audition to be a Zoom Kid

But convincing your parents to move to Boston was harder than you expected.