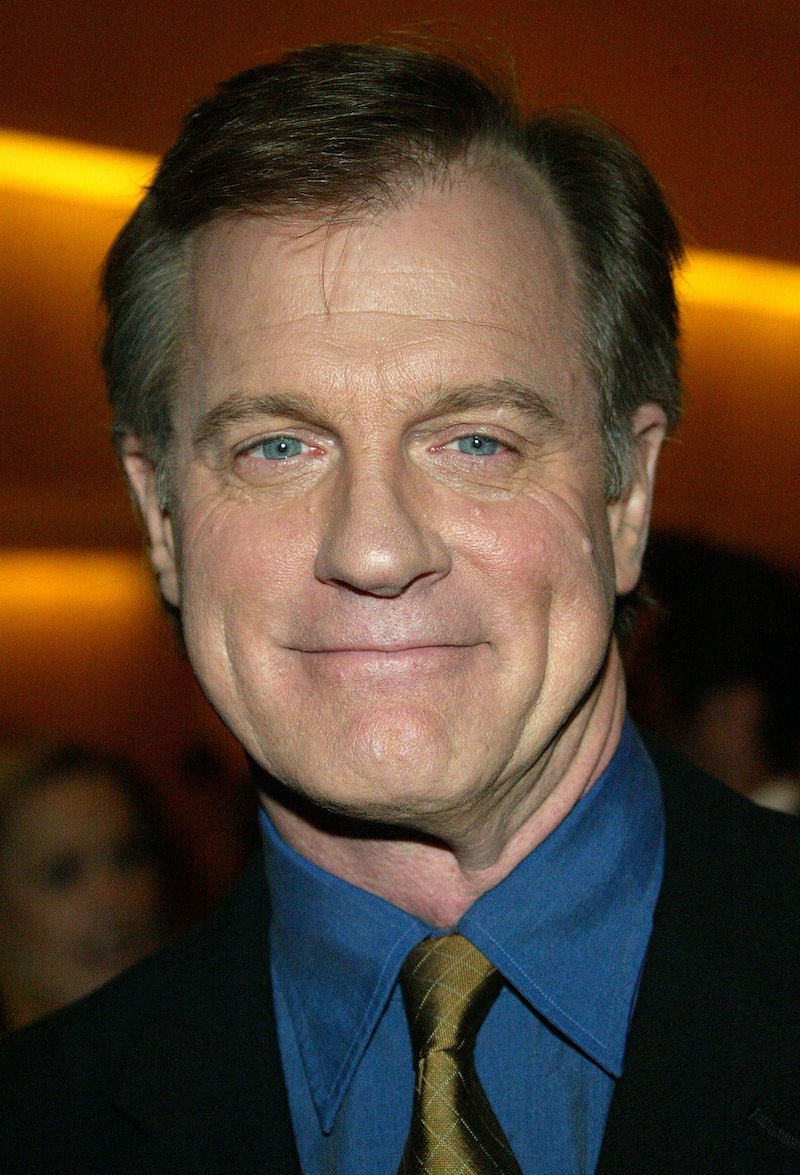 On Tuesday, TMZ reported that Stephen Collins, the 7th Heaven star, admitted to child molestation. The celebrity news website obtained an audio recording of the actor in a therapy session with his estranged wife Faye Grant in which he discusses a horrifying act with a young girl: "There was never any conversation … There was one moment of touching where her hand, I put her hand on my penis,” Collins allegedly admitted. The 67-year-old actor supposedly confessed to the molestation of three girls, one of whom was related to his first wife Marjorie Weinman and another was a neighbor. According to Collins, the young girl of whom he speaks was 11 when the first interaction occurred and continued on until she was “12 or 13.” It has now been reported by Entertainment Weekly that the actor has been fired from Ted 2, the upcoming sequel to the comedy about Mark Wahlberg and his foul-mouthed teddy bear.

Collins may have only had a small role in the film, but Seth MacFarlane, the film's producer and creator along with Universal Pictures, spared no time pulling his part. The Hollywood Reporter has since confirmed the decision. The magazine also received an official statement from an NYPD spokesperson: "There is a formal complaint on file, and the incident is being investigated by the Manhattan Special Victims Squad."

Though Collins has yet to be officially charged of any crimes, the release of the admission was enough for the plug to be pulled on his involvement in Ted 2. According to Entertainment Weekly, reps of the film said that Collins' role was minor enough that it could be completely cut and not cause any major changes in the film. What is perhaps even more telling, Collins has officially resigned from the board of the Screen Actors Guild, TMZ reports.

Bustle reached out to Collins' camp for comment but has yet to hear back.

More like this
Twitter Is Identifying With Sally Field & Jane Fonda’s Friendship In New Viral Video
By Jake Viswanath
'The Traitors' Is Officially Being Turned Into A Board Game
By El Hunt
Deb & Stephen Hung’s Net Worth Affords Them The Title “World’s Biggest Spenders”
By Radhika Menon
Another Side Of Rupert Grint
By Maria Sherman
Get Even More From Bustle — Sign Up For The Newsletter
From hair trends to relationship advice, our daily newsletter has everything you need to sound like a person who’s on TikTok, even if you aren’t.