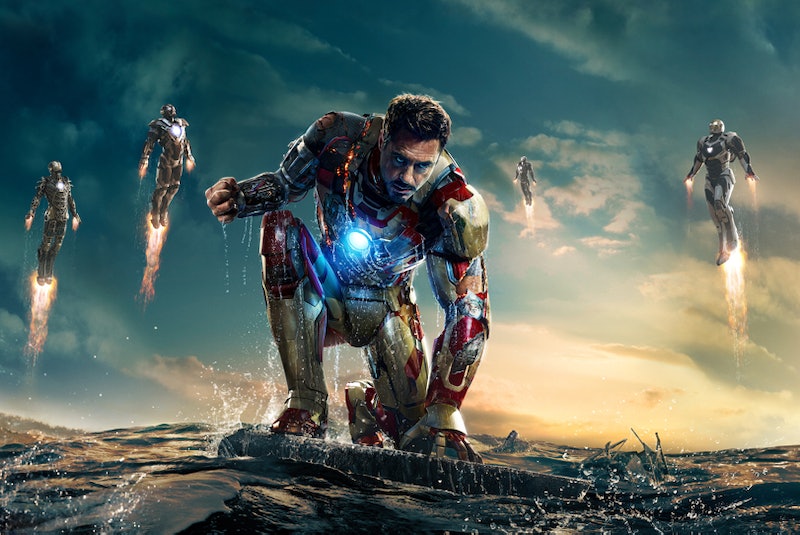 Sooooo, is Iron Man 4 happening is or is it not? I'd say not, but Robert Downey Jr.'s press tour for The Judge is telling another story. Namely, it's sending all kinds of mixed signals, which means that it is up to us Marvel fans to sort through the weird back-and-forth of interviewer/celebrity maybe-revelations. Because who the heck really knows when there are billions of dollars on the line? So let's talk the fate of Iron Man 4 .

In relation to Iron Man 4 specifically, this back-and-forth has been happening for a while. Most recently, Tuesday saw two conflicting events in the movie's status: Downey Jr.'s appearance on Ellen, and his Reddit AMA. The first saw Ellen DeGeneres inquiring to Downey Jr. about the status of the movie. He evaded like a pro — he played the "Marvel's got a lot of other movies, did ya know?" card — but DeGeneres, in her trademark fashion, kept pushing. She eeked a yes out of the situation.

Also on Tuesday, though, Downey was asked about his recent comments that he'd star in an Iron Man 4 directed by Mel Gibson. His response clarified things, while also bringing up some more questions:

It was an offhanded remark to a journalist and friend. I have other projects in mind for Mel and I — sooner than later the Marvel Roster will be made public and all questions will be answered.

That's not exactly a denial, but it's important to remember that Downey Jr. did issue what sounded like a flat-out denial of the film just last month, when he told Slashfilm that "There isn’t one in the pipe. No, there’s no plan for a fourth Iron Man."

So what does it all mean? Hell if I know. It seems like a fourth Iron Man movie would be a bit of a cop out considering that Marvel is now building a brand for itself off of not resting too heavily on its laurels (witness: Guardians Of the Galaxy), but anything's possible when you're a big studio trying to win the box office.