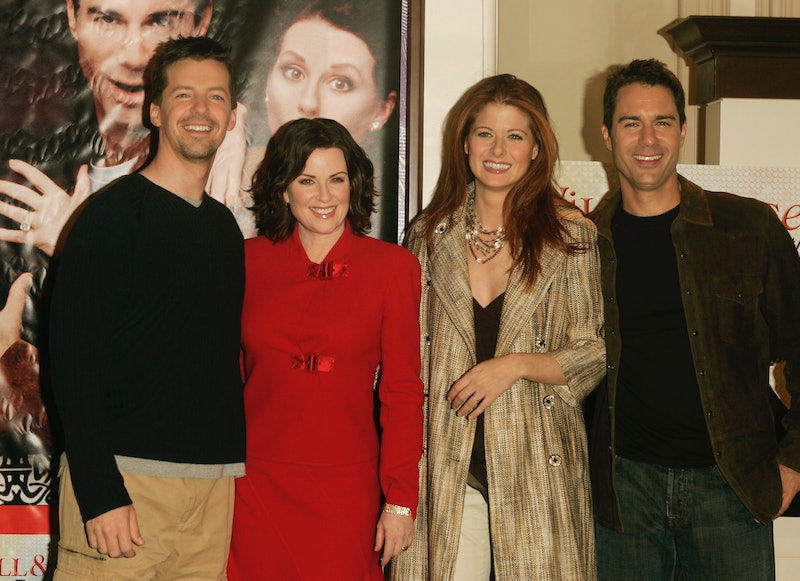 Isn't it great to have Debra Messing back on your TV screens on The Mysteries of Laura? I know it hasn't been too long since she starred in NBC's axed behind-the-musical drama Smash, but it seems like it's been eons, especially after growing up with Messing as Grace on the long-running comedy Will & Grace for nine years. Remember when Messing and Eric McCormack's Will dominated “Must See TV” Thursdays, before it became ruled by Shondaland? Well, if you're getting nostalgic and wish you could relive those days by streaming your favorite episodes, you might wanna hit pause on that plan — Will & Grace isn't on Netflix Instant and the service has no immediate plans to stream Will, Grace, Jack, and Karen any time soon.

What gives? Well, just like most other shows we wish were on Netflix and aren't, the streamer doesn't have the rights to let you binge (re)watch the show yet. Neither does Hulu, Amazon Instant Video, or iTunes. But if you still have the old school Netflix membership, you can request Will & Grace in DVD-by-mail form. A customer service representative from Netflix said that more people who request the show, the sooner it might show up on your Instant Queue.

In the meantime, if you're still in the mood to watch Messing in some of her pre-Laura roles, there are plenty to choose from until Will & Grace finally makes its Netflix debut. Here are some of her other TV shows and movies currently online and totally legal for you to stream.

Toward the end of Will & Grace's run, Messing took on a leading lady role on the big screen in the romantic comedy The Wedding Date, opposite Dermot Mulroney. She portrays Kat, a woman who hires a male escort (Mulroney) to be her date to her sister's wedding — and of course hilarity and romance definitely ensue. The movie is available for rent and purchase on iTunes and Vudu.

Before Smash and Laura, Messing returned to TV on the USA Network as Molly Kagan in critically-acclaimed miniseries The Starter Wife. She shed her image as lovelorn Grace by playing Molly, the ex-wife of a Hollywood mogul who redefines herself after her husband leaves her for a younger woman. You can watch the Emmy-nominated 5-episode miniseries on iTunes and Amazon Instant Streaming (episodes are about $1.99 each).

Missed out on the musical drama or just want to relive Messing's role as Broadway writer Julia Houston? Ever wanted to see a musical about Marilyn Monroe called Bombshell come to life? Well, then this is your show. Episodes of the two-season ensemble drama series are still online and available for prime binge — or hate —watching. Amazon Instant Video has both seasons of the show available for purchase, while Hulu Pus has Season 2 streamable for members.

I hope those options hold you over until we can all stream our favorite Will & Grace episodes together in peace.