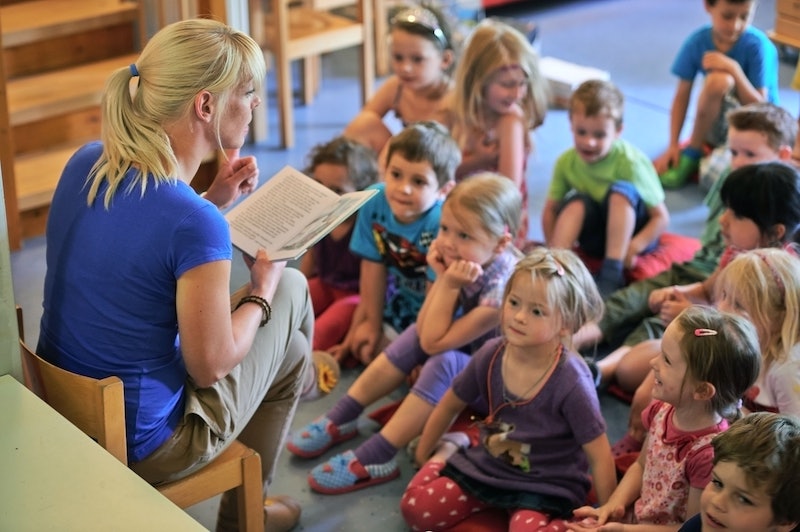 Back in 2012, Scandinavia took a step towards gender equality when Sweden introduced the gender-neutral pronoun "hen." The word officially made its way into the Swedish National Encyclopedia and, according to Newsweek, it has really gained popularity. Now, in 2014, it is beginning to help eliminate gendered language, toys, and clothing in shops, nurseries, schools, and households. In fact, several new children's books with gender-neutral protagonists have been released, and at least 14 major retailers have made gender-neutral toys and clothing aisles. Go Sweden!

Though Sweden seems to be ahead of any country in the world with regards to gender equality for children, many countries in the EU have started to follow suit, and activists stretching from Canada to Australia are calling for an end of gendered toy aisles. Maria Hulth, a representative of a gender equality counseling firm Jämställt, discusses the success and benefits of "hen":

"They’re [nurseries and primary schools] putting a lot of effort into avoiding words like boys and girls, instead just saying ‘children’. And norm critique is growing extremely fast...all children should be able to wear what they want. Dresses are not just for girls. And pink is a beautiful colour that should be available to everybody."

The United States and other countries have their own unofficial gender neutral pronouns which, though certainly not as popular or used as early as "hen," definitely exist in spaces where people have access to them. Norwegian is a language in which, for example, there is an option for the gender-neutral pronoun "hin," but it's seldom used. In Thai, the gender-neutral pronoun "khao," can be used only when there are two female speakers. In English, we have adopted "they/them/theirs" to be gender neutral, but more recently have added the less commonly used "zi/hir/hirs," which are being embraced mostly by college students.

There are several benefits to gender-neutral pronouns and shifts in gendered upbringing. The first, and perhaps the one that is most important and most obvious, is that it eliminates any distress or confusion put on children who don't identify with the pronoun that is most used for them. It turns gender into something optional that children can use as self-signifiers only if they feel the need, not because they are socially forced. It also helps get rid of arbitrary, socially constructed gender stereotypes, like that girls should play with kitchen toys and boys should play with trucks, or girls should be modest and coy and boys should be aggressive and persistent. It's amazing to think that just a slight shift in language can change how we think, behave, and teach completely.