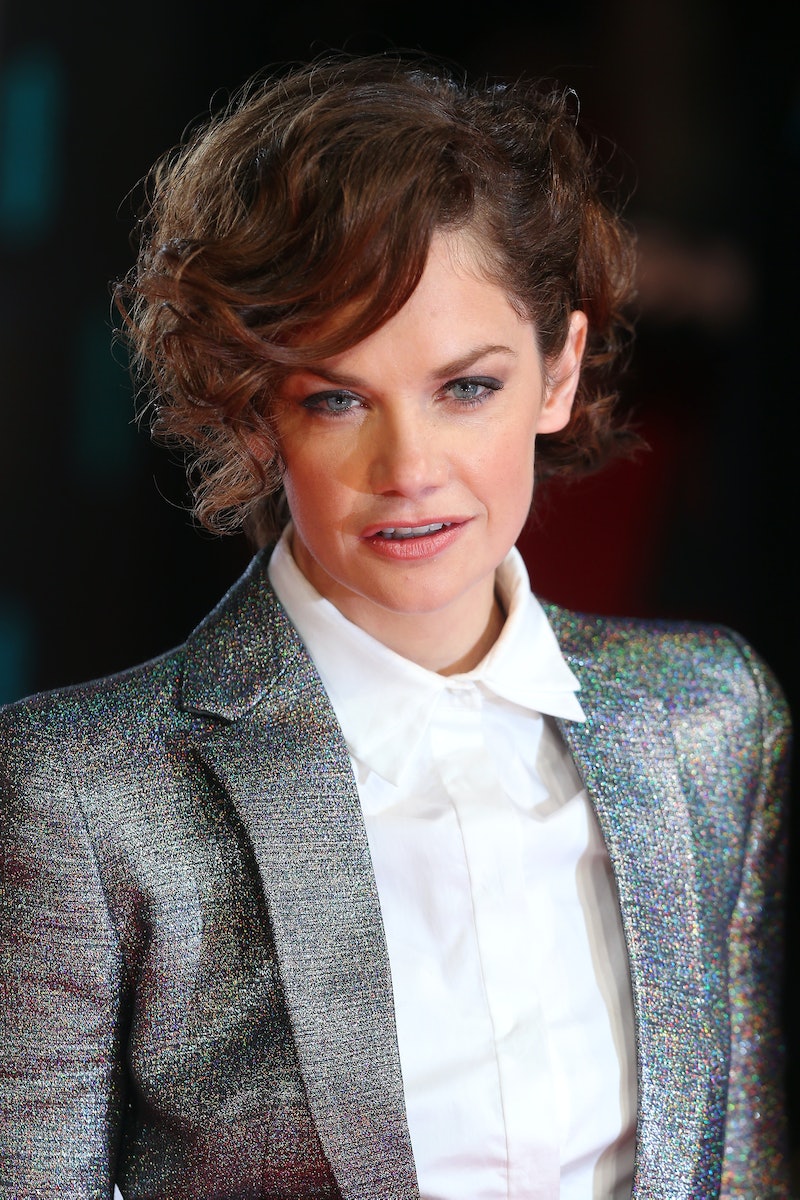 In case you missed it, Ruth Wilson stars in the new Showtime series The Affair alongside Dominic West, where she plays a local married bartender who gets swept up in a serious love affair. The show is filmed between both Alison (Wilson) and Noah’s (West) perspectives. And while we don’t know much about their respective spouses (except for the fact that Wilson’s character is married to Joshua Jackson. I’m sorry but nobody cheats on Pacey Witter. It’s sacrilegious and I probably won’t be able to stand for it. However, I’m the person that was on team James Marsden in The Notebook and we know how things turned out for that poor guy.) Before I go into a rant about how affairs are probably the worst thing to ever happen to anyone, we should take a look at actress Ruth Wilson and her past films and series.

The 32-year-old British actress has worked alongside some big names including Jude Law, Idris Elba, Johnny Depp and she’s even been dressed for an award show from the fashion queen herself, Anna Wintour. Basically Ruth Wilson is a badass. If Anna Wintour is calling you up to do you favors, I would say that you have made it.

If you don’t know Wilson yet, it’s time to learn. She's already conquered movies and TV shows, and now she's about to debut on Broadway with Jake Gyllenhaal in Constellations. If you don't catch her in those 13 weeks of stage time, at least you know you can watch her on The Affair week in and week out.

And here's why her face is so damn familiar:

She was in Saving Mr. Banks

No she wasn’t PL Travers or the magical nanny, but she played Travers' mother, Margaret Goff, in the flashback scenes with Colin Farrell. And even though she's sadly tasked with weathering Farrell's character's raging alcoholism, she still gets to pretend to be married to Colin Farrell. #winning

The Baddie From Luther

Wilson is probably most well known for her time on BBC with Idris Elba. (Lucky, much?) Alice Morgan may have killed her parents, but she’s just too smart and that’s what happens when you have freaky smart children in the world of Luther. She was on Season 1 and a few episodes in Seasons 2-3, so fingers crossed she's back in Season 4.

All classy British ladies get to play a British literary character at some point in their careers, unless Keira Knightley steals the role out from under them. She played Jane in the 2006 masterpiece classic alongside Toby Stephens as Rochester. Your mom’s probably seen it a dozen times.

Unfortunately, she was in The Lone Ranger

She got to kiss Johnny Depp and Armie Hammer in the same movie all while playing Rebecca Rein. I am jealous — even though only about 10 people actually saw the kiss considering no one saw that box office flop.

She Took On More Literature in Anna Karenina

You might of missed Wilson in this because her hair is blonde, and she looks way different than she does in most movies. She plays Princess Betsey Tverskoy and you'd be forgiven if you didn’t see this one because, in my mind, the only thing harder than reading Tolstoy is watching a movie about a Tolstoy book.