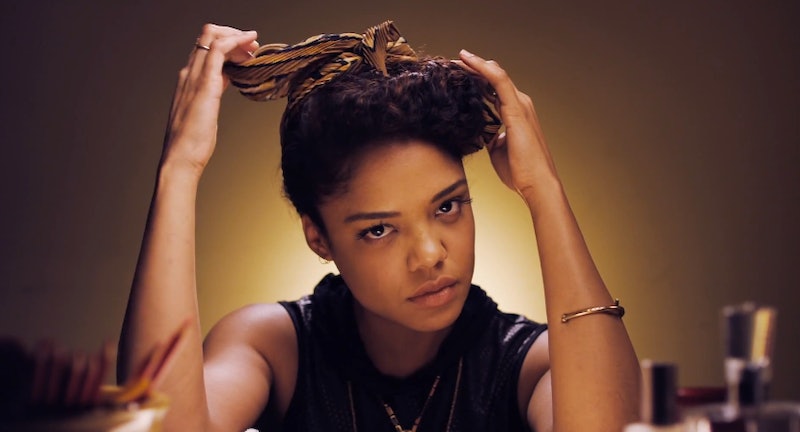 I've already seen more than enough trailers for Dear White People to sell me on the movie, but the Wednesday release of Dear White People 's red band trailer has me hopping on board all over again. This is already a film with a lot to say, so going red band is allowing the filmmakers to say a lot more of it.

This particular trailer focuses less on the film's cast of characters (like the last trailer did) and more on the issues in the film brought to the surface by a pretty untactfully-themed party.

A whole lot is packed into this trailer, ideologically speaking, and like any good trailer, it serves as tiny little ecosystem unto itself, reflecting back a miniature version of what the film itself is tackling. Being a red band trailer, things of course get a little...uh, racier — from the uses of the n-word to the various (sometimes pretty uncomfortable) sexytimes. And yes, all the same bite that's made this film so highly anticipated is right where it should be. As are the pop culture references.