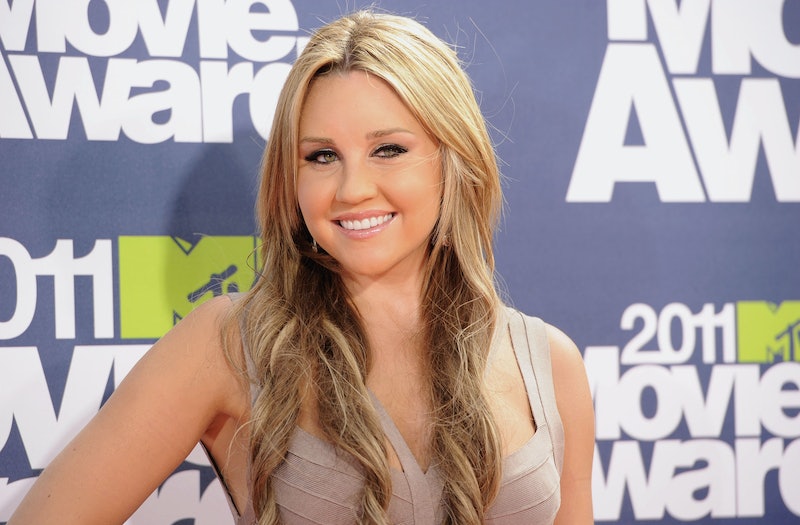 These rumors just keep getting worse. According to TMZ, Amanda Bynes may have been accused of shoplifting at Barneys in NYC, after she allegedly put on a $200 hat and attempted to walk out of the store. This news comes after reports that she allegedly attacked a fan at an NYC nightclub earlier in the week.

Based off of TMZ's report, Bynes reportedly was taken into custody by security guards outside of Barneys, and she claimed that she'd put the hat on because fans were following her outside the store — and that she never intended to steal it. She was then let go after she signed an agreement that bans her from re-entering the store in the future. According to "eyewitnesses," Bynes was "acting crazy" in the store.

Though this newest sounds bad and, yes, a little in line with the string of erratic behavior we've been seeing from the starlet, I would advise everyone to take this bit of news with a big grain of salt: The only story that there is about this supposed incident is based off of eyewitness accounts — sources, as TMZ calls them — and we all know how much the media likes to talk about Bynes when there's even the inkling of drama.

After all, the story about Bynes attacking a girl in a nightclub has differing accounts that should lead us all to question its validity — that should be proof enough. Continuing to talk about the star just compels more rumors like this, and Bynes has already said on her official Twitter account that the tabloid rumors are false.