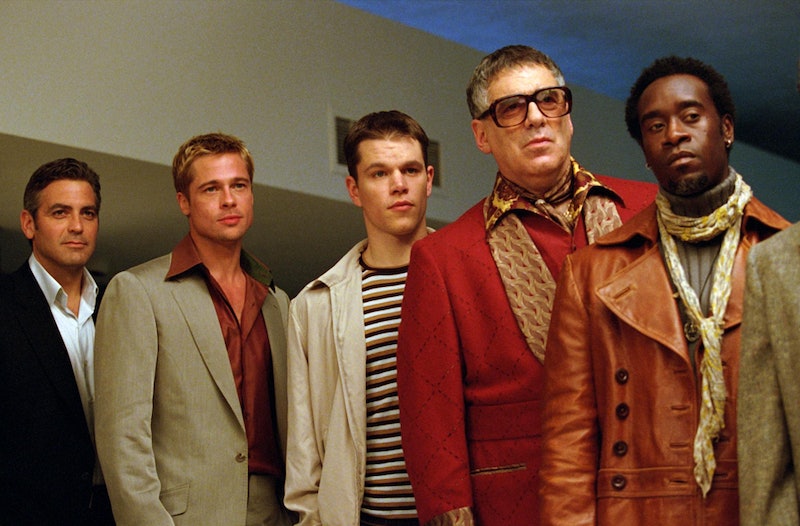 In a decision that brought much joy to Wednesday, the Paul Feig-directed, Katie Dippold-written female Ghostbusters movie is officially happening. As in, officially officially, we're-actually-gonna-get-to-see-it-in-theaters happening. Glory be, hallelujah, etc. I triumphantly high-fived myself upon hearing this news, and then my brain snapped right into business mode: There are so many other things we should genderswap.

The options, you guys! They are endless! I want to luxuriate in them. A genderswapped Ghostbusters is a fantastic thing, to be sure — the casting opportunities alone are enough to get me writing fanfic of it in my head. It also brings up something that has a habit to be latent but that is there all the time: The question of the majority-male cast, and the very real ability to change it. It's stuff like this that highlights how irritatingly stagnant so much of our culture is, and exposes bits of what could be our path to breathing fresh air. Nothing has to be the way it is. We've totally got this, you guys. Let's start a revolution.

A revolution might be a way's off. But in the meantime I'll be daydreaming about genderswapping these other things. Ensembles full of ladies, man. They're a powerful thing.

Game Of Thrones is already a show with some great female characters, but what would be great to see here is a flipping of the basics of that society: Who's to say all fantasy lands have to match ours as patriarchal? Give me a matriarchal Game Of Thrones, give me a female Joffrey and a female Tyrion, give me the female gaze.

Ladies grappling with the existential issues of a capitalistic society. Lady nihilism. Yes.

The Godfather/Goodfellas (Or Really Any Mob Movie)

I apparently have a very strong desire to see more ensemble casts of women on the big screen makin' crime together. Crime entrenched in generations? Mm, yes.

As Elizabeth Olsen put it at San Diego Comic-Con, "there are just so many men" in the Avengers movies. There are a couple of really great women, too — but I still itch to swap the stats.

I love me some Don Draper, but give me a look at the creative-corporate world through the eyes of an agency run by largely women. Any era is fine.

The Doctor/The Doctor Who Writing Staff

The Doctor's still a white dude — why??! He's an alien with the ability to regenerate into any living form! — and a woman hasn't written a Doctor Who episode since 2008. Stop this.Images: Getty Images; Warner Bros.; Marvel