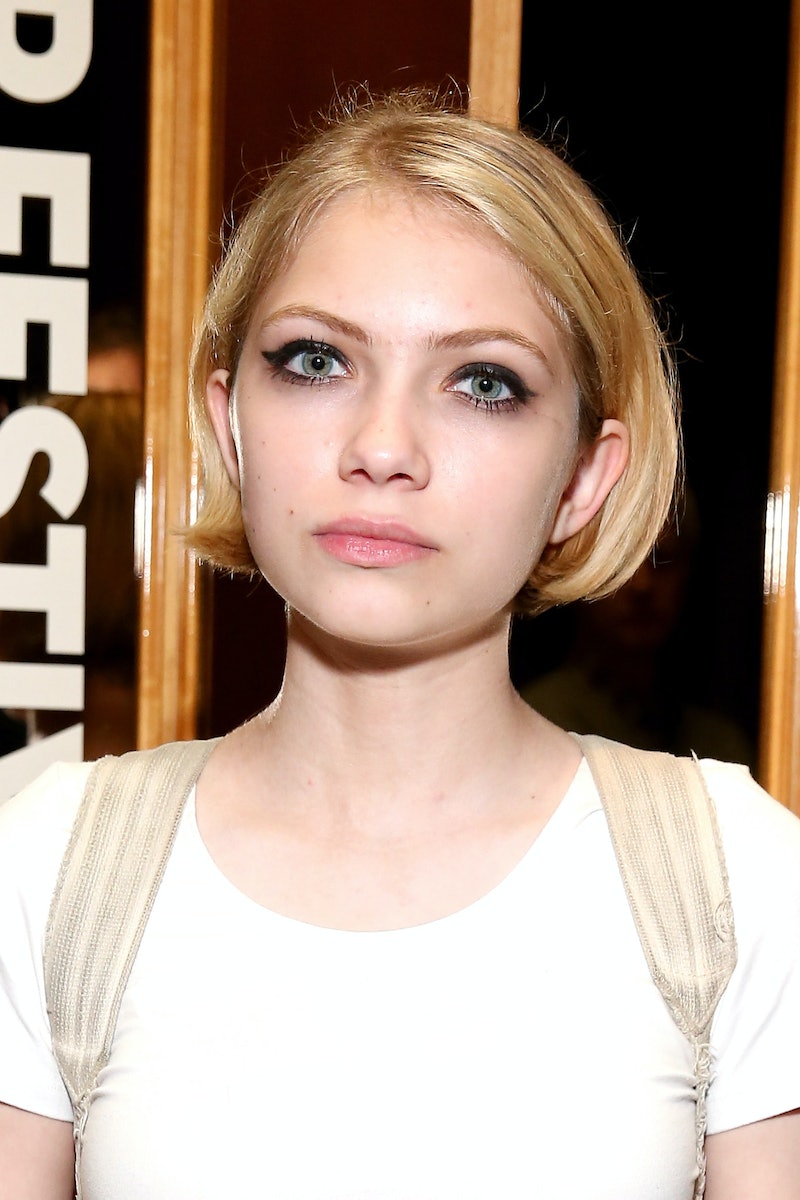 There was plenty of shock to go around on the Season 5 finale of Parenthood: Amber got pregnant after some hospital-bed loving, Sarah picked Hank (eh), Chambers Academy was well on its way to being the fastest school built in history, and Julia and Joel seemed to be taking the first steps toward reconciliation. But perhaps no twist was greeted with more excitement and enthusiasm among fans than the return of lost daughter Haddie from college, and the reveal that she was — gasp — a blonde!? Just kidding. The big news was of course that Haddie came home with a new girlfriend, Lauren, from school played by Tavi Gevinson, Parenthood 's first LGBT character.

Fans loved the power couple and their affection for the other, including the moment when Lauren drops the word "L-bomb" in front of Adam and he realizes she sees his daughter as more than just a friend. And in true Adam and Kristina Braverman style, they welcomed the reveal with wide-open accepting arms and unwavering support for their daughter. Adam's only qualm? "It would be nice to hear from you a little more often," he semi-joked, reflecting multiple fans confusion at the disappearing act Haddie made in Season 5, with nary a mention even at Thanksgiving.

And, bad news fans, it doesn't seem like much will change for the show's sixth and final season — for Haddie or Lauren. Actress Sarah Ramos is a full-time student at Columbia University, and her limiting schedule will make it hard for her to make recurrent appearances throughout the season. Showrunner Jason Katims was worried he might not even be able to get her back for the premiere, telling AfterEllen, "you know she’s in college, the actress… so it’s about her schedule. So hopefully — we’re hopefully going to get her for the first episode and then we’ll figure it out."

His wish came true, and Haddie sticks around long enough in the first episode to help Amber deal with the reveal that she's pregnant. "Is this a good or a bad thing?" she asks after Amber spills the news. "You tell me," says Amber. Even after Amber's brief jealousy as she realizes her cousin's about to jet-set to Europe (how convenient Parenthood writers!) as she's about to take on a whole lot more responsibility, the two rekindle on the football bleachers to ponder their burgeoning maturity. "We're real life grownups, dude," says Amber. "I'm gonna have a baby."

Missing from the first episode of Season 6? Any peek of Tavi Gevinson. The full-time fashionista and actress is currently working full-time on Broadway, co-starring in This Is Our Youth with Michael Cera and Kieran Culkin.

Both Gevinson and Ramos' busy schedules are a bummer for fans who hoped to see Haddie and Lauren's relationship continue to blossom. And with not even a single mention of Haddie in last week's episode, it seems as if the show will be returning to business as usual. But there is at least one person on Parenthood whose keeping her fingers crossed that Haddie will return multiple times before the series' end.

"I just texted Sarah and said, ‘I really, really want you to come back to the show'", Monica Potter told E! News. "She was like, ‘Have you heard anything?' But she'll be back. I miss her. She's just grown into this stunningly beautiful woman.'"

And when Kristina Braverman wants you home, you listen.