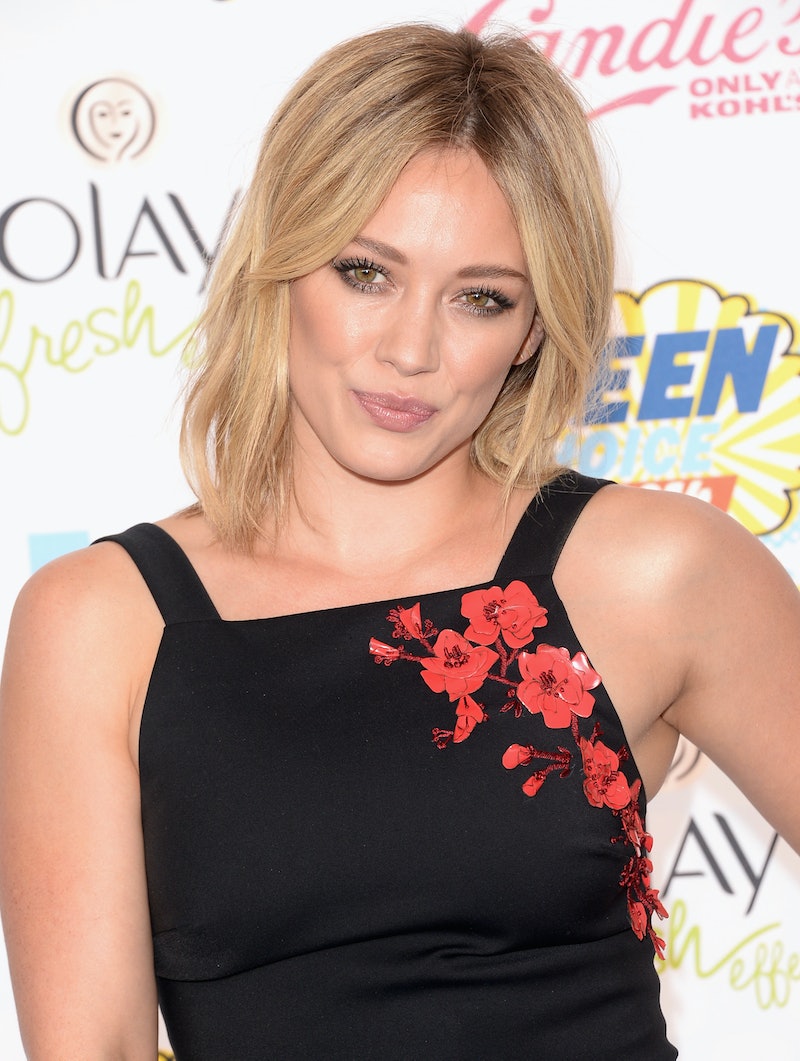 SHE WAS 13 — LET IT GO ALREADY, AARON. That's what Hilary Duff's inner, animated Lizzie McGuire is screaming every time someone brings up Aaron Carter's semi-creepy Twitter love for Duff. Carter might have promised to leave his first love alone from now on, but that damage is done and immortalized in cyberspace. Sorry, Aaron. It's been 14 years since Duff and Carter were Disney Channel sweethearts and, as the "Chasing the Sun" singer revealed, she hasn't seen or really spoken to him since then. Because of this simple fact, Duff said that Carter makes her "uncomfortable" when host Andy Cohen asked her about him on Watch What Happens Live Wednesday night. I mean, she was 13 when they were a "thing," give her a break.

Duff tried her best to laugh off Cohen's question, considering how ridiculous the entire situation involving Carter is, but it was pretty awkward nonetheless. The 27-year-old actress basically, in so many words, told Cohen that she's totally creeped out by Carter's cyber-proclamations because it's been so many years since they've actually seen one another. I feel you, girl. And when Food Network chef Giada De Laurentiis, who was also a guest on the show, asked Duff whether or not she and Carter dated (because she's so out of the loop), Duff laughed and replied that she had before adding in a "I'm so over it"-tone, "When I was 13."

And Duff repeated that sentiment when Cohen referred to how sweet Carter was in the past. I'm sure Queen Hilary Duff wasn't trying to throw major shade at her former boyfriend because we all have things that were only okay when we were 13. And we definitely have things we're trying to forget — like Duff with Carter and these other things from the early '00s that she's most likely tried to put behind her:

She might not regret this, but she's definitely tried to forget it.

Duff was the queen of fashion bandanas in the early '00s. Now that her style has evolved, she's probably pushed the memories of this headgear way into the back of her mind.

I can't figure out which part of this moment Duff's tried to erase from her memory more. This is a clear example of crimped hair leading to bad decisions.

We're all trying to forget this. If you're not, you're lying. I still cringe when the memory creeps to the front of my mind. (No, I won't tell you what it was.)