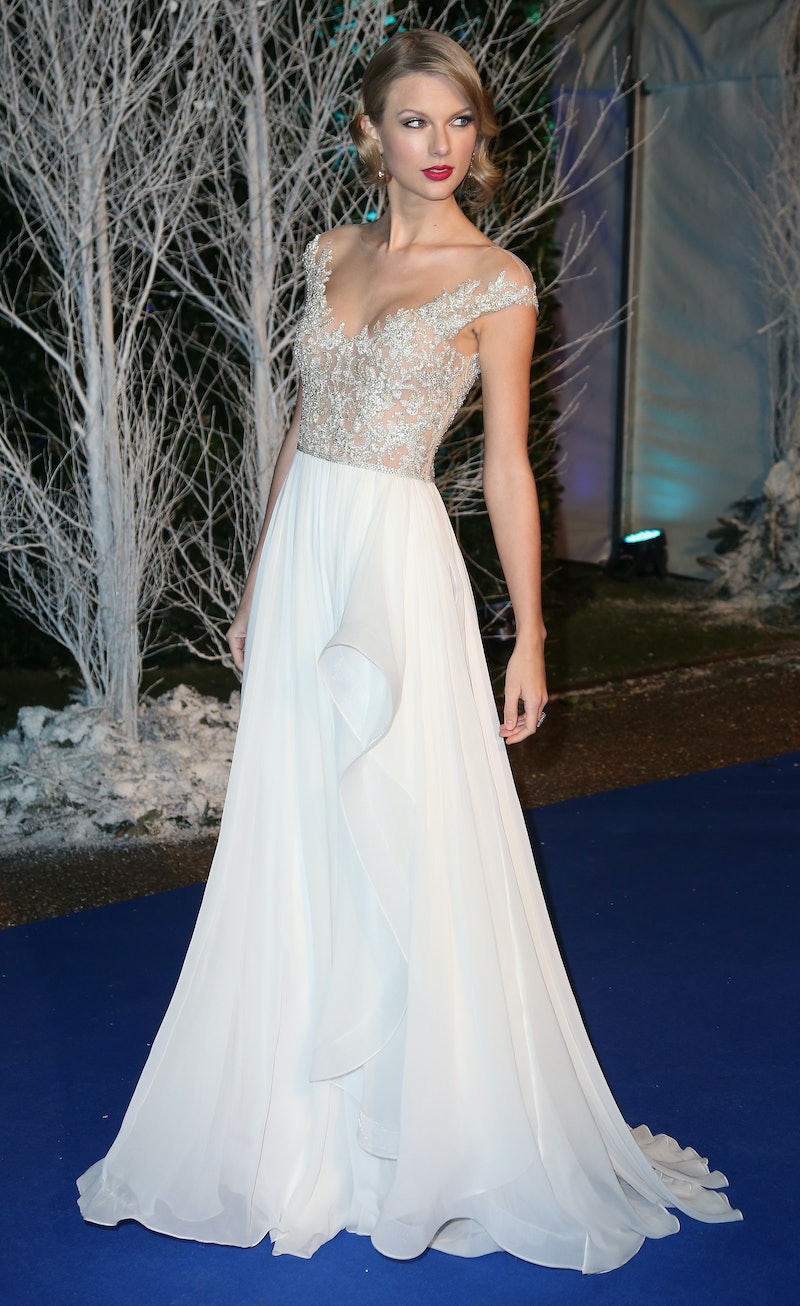 It's been almost two months since the release of "Shake It Off," the lead single from Taylor Swift's upcoming new album, 1989 , and now, it seems like the 24-year-old pop star is getting ready to give fans something new to enjoy. On Thursday, Swift suggested on Instagram that 1989's first promotional single, "Out of the Woods," will be released in five days. Frankly, it's about time! Swift has put out three or even four "promo singles" before the release of her albums in the past, and with only a little over two weeks until 1989's Oct. 27 release date, I was beginning to wonder what was going on! Phew. So, now that we're pretty sure that new music is coming soon, we must ask ourselves: What will "Out of the Woods" sound like? Let the speculation begin!

fun.'s Jack Antonoff, the co-writer and producer of "Out of the Woods," told Rolling Stone in September that "parts of [the song] read like a diary, and parts of it read like something 100,000 people should be screaming all together." Wow. That sounds... awesome. Antonoff's description immediately brought to mind one of my favorite pop songs of all time: Katy Perry's "Teenage Dream." After all, the verses of "Teenage Dream" do kind of sound like a diary entry, and the chorus has an explosive, "shout-along" quality to it that makes the track just so much fun to listen to (and shout-along to, obviously).

Of course, it might be kinda awkward if "Out of the Woods" ends up sounding anything like "Teenage Dream," given the fact that Swift and Perry are (supposedly) at war at the moment — but I'd still be pleased as punch. "Teenage Dream" is a truly great pop record. Check out Swift's suggestive Instagram post below.

What else do we know about "Out of the Woods?" Well, for starters, Rolling Stone writer Josh Eells hypothesized in September that the song might be about One Direction's Harry Styles. Reportedly, the track details a "frantic" relationship where, according to Swift, "every day was a struggle." At one point, the song's lyrics reference a snowmobile accident that sent both Swift and her partner to the emergency room:

Remember when you hit the brakes too soon/Twenty stitches in a hospital room.

Granted, those particular lines don't sound like something that 100,000 people could scream in unison — but I'm willing to bet that the chorus is where all that good stuff goes down. In September, Antonoff took to Twitter to gush a little bit about "Out of the Woods":

Now if THAT doesn't get you excited to hear the song, I don't know what will. "Out of the Woods" (which I keep almost calling, "Into the Woods") should hit iTunes on either Monday, Oct. 13 or Tuesday, Oct. 14.