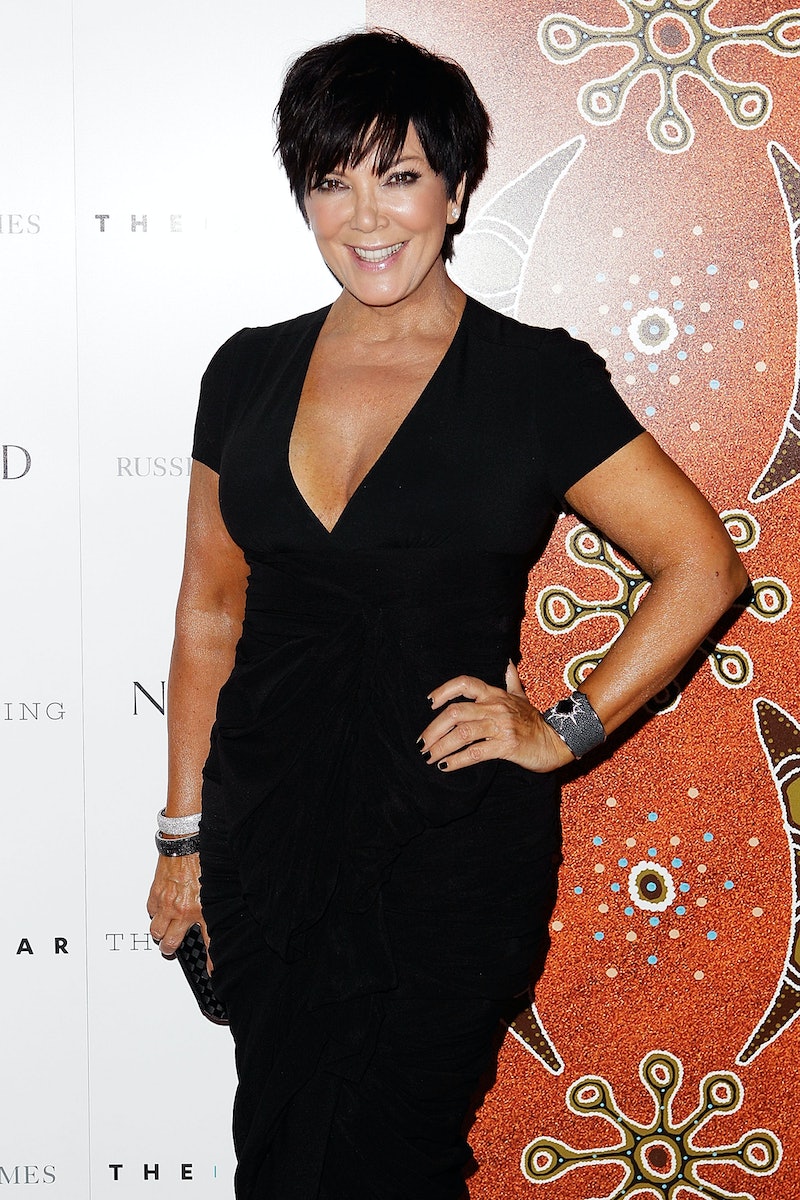 Kris Jenner, in a moment of rare form, has done something to remind us that she is a human being. Kris Jenner gave such a genuine statement about her divorce from Bruce Jenner that I had to rub my eyes like a Looney Tunes cartoon. After a highly publicized separation and both parties filing divorce papers, Kris is saying that she and Bruce will maintain a healthy relationship, even though they will no longer be married. In an interview with E! News, Kris said,

I think we have a really close family period. And we have so great memories over 25 years. We have a lot of stuff going on with our family and the holidays are coming and it's tradition. We have two kids together and we want to set a really good example for our family.

After so much krazy ridiculousness from Kris and the rest of the Kardash klan, whose lives have been under a microscope for NINE seasons of Keeping Up with the Kardashians to our delight and glee, the statement is surprisingly and wonderfully human and down-to-earth. I know it sounds petty, but sometimes I forget they're real people, like the Kardashians were conceived as a whole in some TV exec's dream lab to rule the world. And with their totally pervasive presence, it doesn't seem that far from true. Details of the divorce have been exposed, including the exact amount of the settlement, and that kind of transparency makes us forget that on some level, these are still human, and though it might not seem so, they do still have private lives.

Kris went on to say:

At one point in my life I saw somebody else go through a divorce and they handled it with such grace and such love and I thought, "If I'm ever in that situation, I want to be able to do the same thing for my children." I think it's the best thing you can give your kids. If you're not going to be able to stay together, then at least make it really comfortable for the whole family so that they know there's a lot of love there. That's what I believe.

It's graceful and thoughtful and genuine, and I am glad to endorse Kris Jenner for her handling of the divorce. The Kardashian-Jenners do, after everything, seem like such a tight-knit family, no matter how much of an empire they have become (at the helm of which is Kris the momager matriarch). They exist outside of the sole purpose of our entertainment! Divorce is hard for everyone, even megastars who've become superhuman icons.