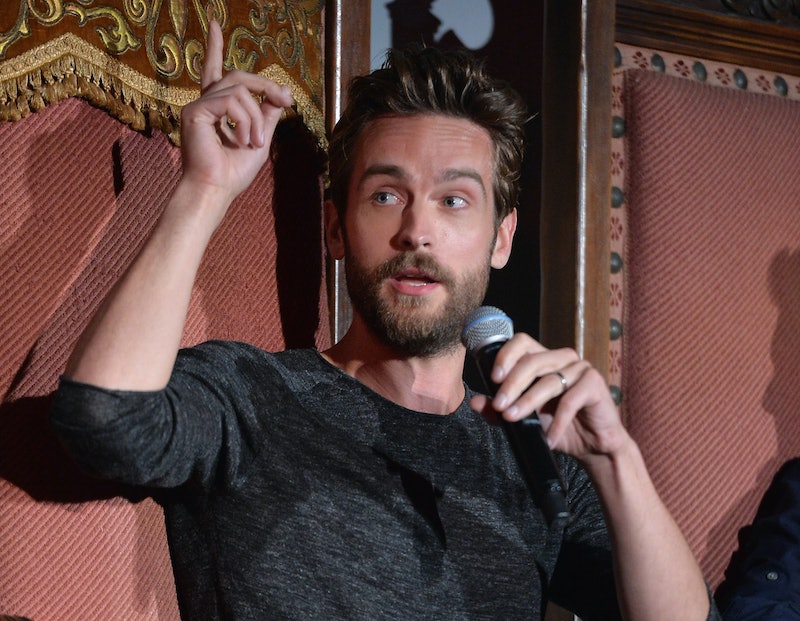 In what's sure to be the greatest piece of news you'll hear all day, it has been brought to light that Tom Mison wants to guest star on Game of Thrones . That's right, folks — Ichabod Crane… in Westeros. Has someone been reading my dream journal again? And while that in itself is enough to make any GoT or Mison fan spiral into a fit of hysterics, the British heartthrob even knows exactly who he'd want to play — a Lannister. In a recent interview with Entertainment Weekly, Mison explained his reasoning behind this decision, citing that the Wall would be way too cold for his liking. Which, fair enough.

“I couldn’t go somewhere cold. It looks nice and sunny in King’s Landing. I wouldn’t be on the Wall," Mison revealed, right before adding this little nugget: "That's why I'd rather be a Lannister." Duly noted. Now let's make this actually happen, even if that means George R.R. Martin has to sit down and specifically create a role just for Mison. Because we need this in our lives now.

It would certainly be interesting to see this Sleepy Hollow star play such a dramatically different role. (The Lannisters aren't exactly the friendliest family in the realm.) But it's something I have no doubt Mison could tackle if such an opportunity arose. Because, if you really think about it, he would make a great addition to the Lannister fold. I mean, he's already nailed down a few key characteristics. For starters, there's…

A Lannister always knows how to take charge of a situation and act like they own not just the room, but everyone in it. (Mostly because they pretty much do.) So don't let that charming accent fool you — Mison clearly proves here that he is a force not to be trifled with.

One look into those sparkling blue eyes and you'll have no problem convincing yourself that Mison could very well mimic that iconic Lannister icy stare.

His Appreciation for Alcohol

The Lannisters have been known to indulge in a bottle of wine or two (or ten), which judging simply by this image alone, I'd say Mison would be more than up to the challenge. Cheers!

Lannisters are royalty and should therefore reflect that sense of superiority in their dialogue — something Mison's Ichabod Crane already has down to a science. Properness with a hint of sass are, after all, the key ingredients to any true Lannister attitude.

His Mixed Feelings Toward Weddings

And we all know how well Game of Thrones weddings go… He is right to be weary.

His Settlement of Debts

Just as a Lannister always pays his debts, Mison has proven that he too prefers to follow through on his promises. Though his probably involve a lot less murder. Semantics though, right?