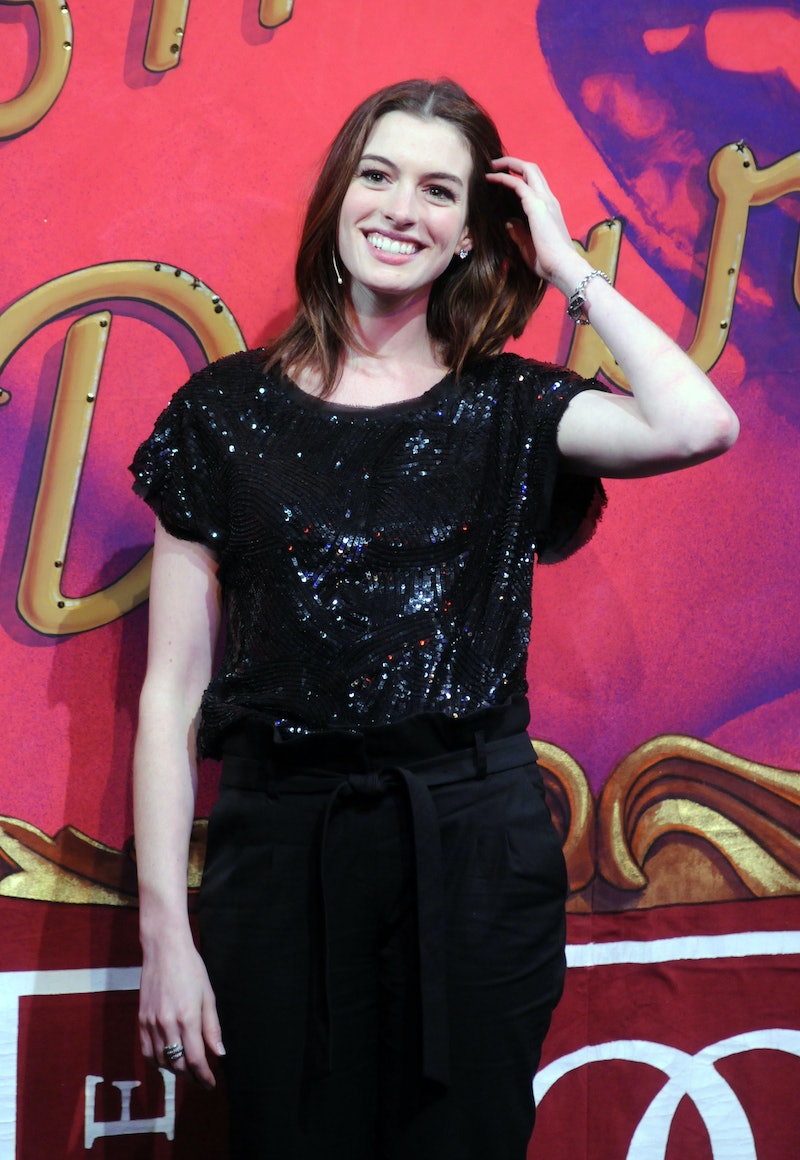 Anne Hathaway is making a comeback on her own terms. Hathaway graces the cover of Harper's Bazaar's "daring" November issue, in beautiful, bold deep reds, and the photo shoot is just as brassy, featuring the Interstellar actress sporting a bedazzled breast plate. Cause she's a fighter, y'all. "For a long time I was afraid of the harsh things people would say about me, but I might as well be happy," she told the magazine. As someone who acts like I don't give a damn about what people think about me but am secretly terrified of each tiny judgment, I have to commend Hathaway, and though she says that her most daring moment was wearing that uber nipply dress to the Oscars, I think, really, Anne Hathaway's most daring move was taking a break.

When I get extremely overwhelmed by the world, I battle with just taking a break from social media, because on the one hand, it makes me feel absolutely terrible, but on the other hand, I've got crippling FOMO. I can't imagine the degree to which Hathaway felt conflicted when she took a long, long break from Hollywood because of all the negative responses and Hathahate she was getting, for really no plausible reason at all. She actually felt like people needed a break from her very presence, which is really sad.

But ultimately her decision to shield herself from the unending vitriol and unwarranted detest for her, I think, was a good one. It seems like she's certainly regrouped and come back more confident than ever, with an admirable attitude of not seeking approval any longer. She told Bazaar, "People treated me a certain way. But I've grown from it. This whole thing has made me a way more compassionate and loving person. And I don't feel sorry for myself."

Sometimes the bravest thing you can do is renounce the needs of others and be selfish, step back, take a break. Especially in such a critical atmosphere like Hollywood where the pressure for female actors to be beautiful, relatable, talented, charming, and intelligent must be enormous. It's almost a superhuman feat. It speaks to just how daring Anne Hathaway really is, and not just for wearing a pastel pink nipple-featuring gown — it takes a lot of guts to take some real time for yourself.